Adam Project: Netflix’s next big sci-fi movie The Adam Project is being compared to Back to the Future and Star Wars 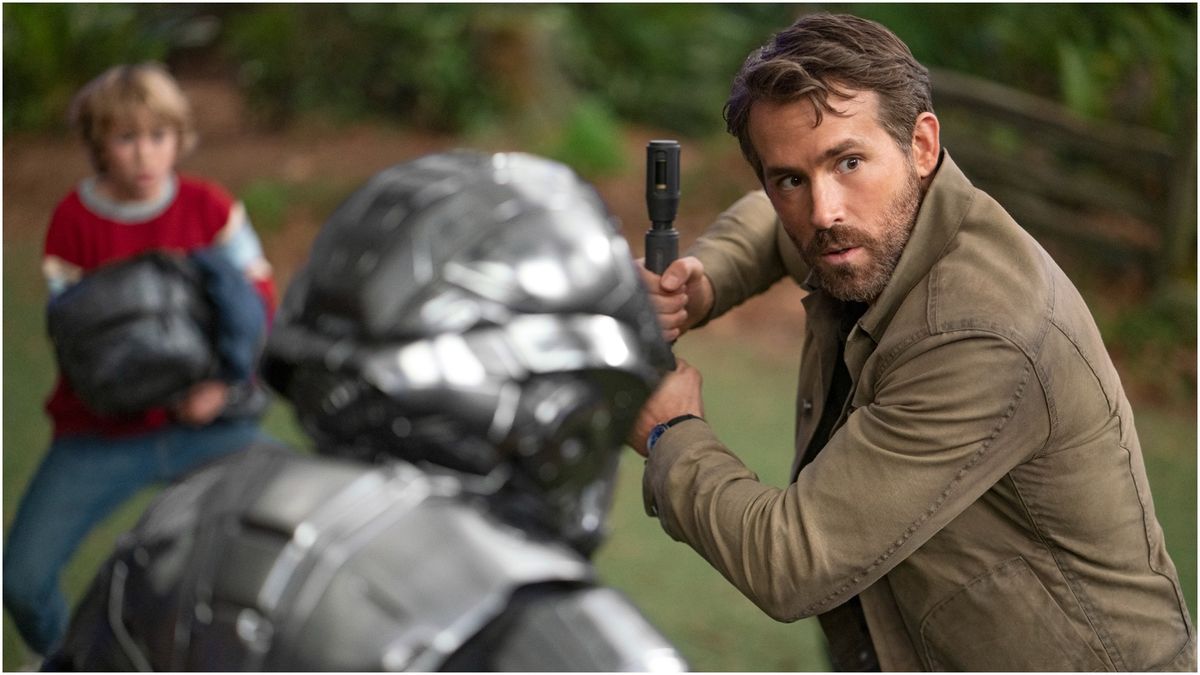 The Adam Project reactions are in – and it sounds like the film is an emotional, original ride with an ’80s feel.

The Netflix movie stars Ryan Reynolds as the titular Adam, who goes back in time to try and rescue his love (Zoe Saldaña). In the past, he meets his younger self (Walker Scobell), and then together they meet their late father (Mark Ruffalo).

Fandango’s Erik Davis compares the movie to some other iconic sci-fi franchises: “The #FreeGuy team of star Ryan Reynolds & director Shawn Levy deliver another GREAT original sci-fi gem in #TheAdamProject, an inventive time-travel adventure w/ shades of STAR WARS & BACK TO THE FUTURE. Maybe some FLIGHT OF THE NAVIGATOR, too. Funny & thrilling & heartwarming”

He wasn’t the only one to make the comparison, either, with CinemaBlend’s Sean O’Connell writing: “Blown away by #TheAdamProject Whimsical, imaginative, and original Sci-fi with the edge of [Ryan Reynold’s] razor-sharp sarcasm. Walker Scobell is a tremendous find as younger Ryan. It’s [Back to the Future] mixed with Star Wars OG trilogy and the Amblin tone. Amazing, [Shawn Levy]!”

The film has also been tugging on heartstrings. Film journalist Jake Hamilton says: “I’m a sobbing, weepy, ugly-cry mess right now. I just finished #TheAdamProject. The moment it was over, I called my parents and told them that I love them. Thank you [Ryan Reynolds] and [Shawn Levy]. That was absolutely beautiful.”

AwardsRadar’s Joey Magidson echoed the sentiment, too: “#TheAdamProject is a tremendously fun throwback to 80’s sci-fi adventures, with a sneaky emotional element. I did not expect to cry. Ryan Reynolds and Mark Ruffalo are great in a Shaw Levy film that would make Spielberg proud.”

“The Adam Project is so much FUN! Love the 80s sci-fi feel. Was blown away from start to finish. Walker Scobell is incredible. Ryan Reynolds & Mark Ruffalo are amazing on screen together and wow, I was not expecting to be shedding some tears. This is a MUST WATCH!” agreed journalist Tessa Smith.

“The Adam Project is a sci-fi adventure, comedy, & heartwarming drama all rolled into 1. Walker Scobell is perfect as a young [Ryan Reynolds]. Ryan Reynolds & [Mark Ruffalo] just made me laugh & cry. Loved it As Adam would say: Holy sh*t this movie is a must see,” said CBR’s Ashley Saunders.

The Adam Project arrives on Netflix this March 11. In the meantime, check out our guide to the best Netflix movies streaming now to plan your next movie night.