Adele breaks down in tears after scooping up BRIT award: 'All of Our Journey' 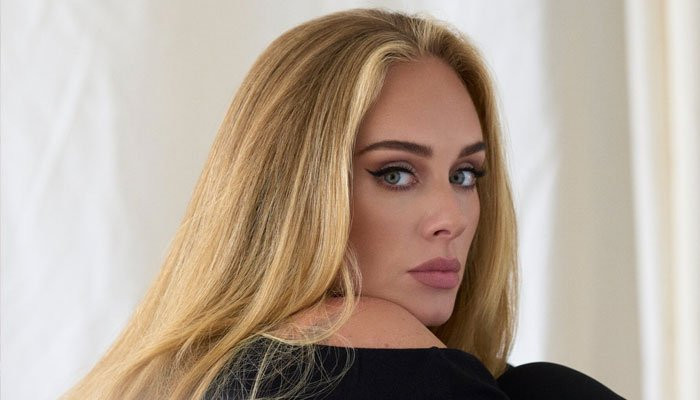 Adele could not hold her emotions while receiving the BRIT award

Adele was overcome with emotion while receiving the Brit Award for ‘Album of the Year,’ which she dedicated to her son Angelo and ex-husband Simon Konecki.

The Easy On Me singer was back with a bang at the Brit Awards 2022 after she scooped up three prizes in London on Tuesday, weeks after she cancelled a much-anticipated string of shows in Las Vegas.

While taking home the album of the year award with her comeback album 30 she became emotional on stage and gave a nod to her son Angelo and his dad Simon.

“I’d like to dedicate this award to my son. And to Simon, to his dad. This album was all of our journey, not just mine and I’m very proud of myself for sticking to my guns and putting out an album that was about something so personal to me”, she said as she began to tear up.

She went on to say, “Cause not many people do stuff like that anymore and my son has been so gracious, so gracious and kind and patient with me over the last couple of years and it’s for him,” said added.

To note, Adele took home three BRITs at the award show for artist, song, and album of the year.

For the unversed, Adele married Simon in 2018 and then filed for divorce in 2019. Opening up about her split, she previously told Vogue: “It just wasn’t right for me anymore.

“I didn’t want to end up like a lot of other people I knew. I wasn’t miserable miserable, but I would have been miserable had I not put myself first.

“But, yeah, nothing bad happened or anything like that.”

Share
Facebook
Twitter
Pinterest
WhatsApp
Previous articleLady Gaga pens seemingly addresses Oscars snub: 'You all deserve recognition'
Next articleYou can get a $50 discount on the new Galaxy S22 and Tab S8 models from Samsung US