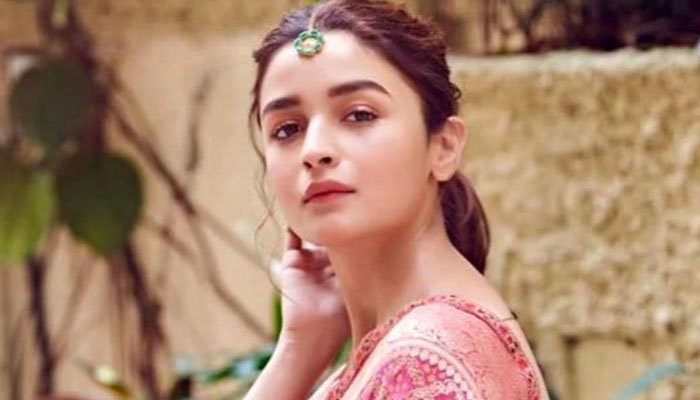 The actor is currently busy promoting her much-anticipated film, Gangubai Kathiawadi, in her own unique style.

On Wednesday, the Highway actor dropped her latest pictures on the gram with her cat Edward and she has truly stolen the show while twining with her furry friend.

In the photos, the Kalank actor looked ethereal in a pearl white saree, paired with a striped blouse. She chose a minimal makeover with a light pink lip shade, a green bindi along a statement ring, and silver-colored ear studs.

However, it was her cat this time who added more value to the pictures as Alia could be seen kissing her in the first photo.

For the unversed, Gangubai Kathiawadi, directed by Sanjay Leela Bhansali, also stars Ajay Devgn in a pivotal role and features Alia in the lead role of Gangubai.