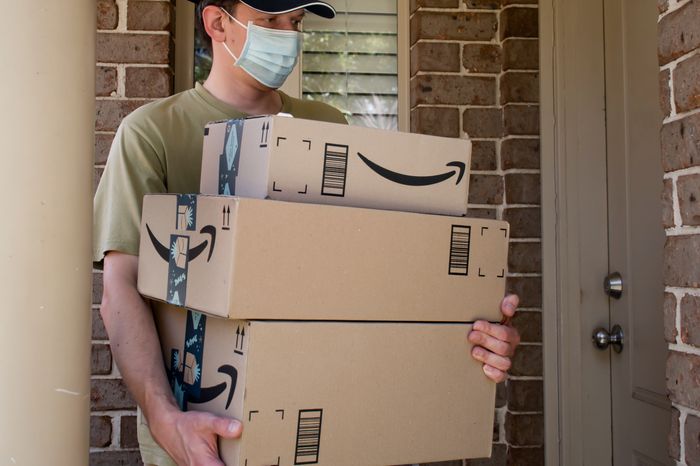 The Price of Prime Is Going Up. Amazon.com reported strong fourth-quarter results on Thursday, driven by strong growth in both its AWS cloud unit and its growing advertising business.

The results could be a relief to some investors given the weak numbers on Wednesday from Facebook-parent Meta Platforms .

Amazon shares jumped 18% in after hours trading, more than reversing a nearly 8% decline in the day’s regular session. Even with the after hours rally, the stock is down slightly for the year to date.

Amazon also said it is increasing the price of its Amazon Prime membership for the first time since 2018. Amazon will now charge $14.99 a month, up from $12.99, or $139 on an annual basis, up from $119. The increased will be effective on Feb. 18. for new members, and starting March 25 for current members on the date of their renewal.

For the quarter, Amazon posted sales of $137.4 billion, up 9%, and about in line with Wall Street estimates, and consistent with the company’s forecasted range of $130 billion to $140 billion. The company said the latest quarter total was trimmed by about $1.3 billion due to unfavorable foreign exchange rates.

Profits in the quarter soared to $14.3 billion, or $27.75 a share, from $7.2 billion, or $14.09 a share, a year earlier. Latest quarter earnings include a non-cash $11.8 billion pre-tax gain on the company’s stake in the truck maker Rivian Automotive (RIVN). Operating income was $3.5 billion, above the company’s guidance range of break-even to $3 billion.

Results in the company’s core online stores business was soft, though perhaps not as bad as bears on Wall Street had feared. Online stores sales were $66.1 billion, down 1% from a year ago, and about $2.5 billion below Wall Street estimates. The same pattern was true for third-party seller services—sales were $30.3 billion, up 11%, but a miss relative to the Street consensus at $31 billion. Sales at physical stores were $4.7 billion, up 17%.

One major offset came from Amazon Web Services—the cloud unit had revenue of $17.8 billion, up 40% from a year ago, accelerating slightly from 39% growth in the December quarter, and ahead of the Wall Street consensus forecast at $17.4 billion. Meanwhile, Amazon also had a strong quarter in the advertising business, with revenue of $9.7 billion, up 32%, and ahead of the Street consensus forecast at $9.4 billion. Subscription services revenue were $8.1 billion, up 15%, but a little shy of consensus at $8.4 billion.

The strong results in both AWS and advertising show the growing power of the company’s diversification push—and they suggests that the issues that were evident in the December quarter earnings report from Facebook-parent Meta Platforms (META) are not necessarily suggestive of a broader issue with online advertising. In fact, there is evidence that Facebook could be losing some market share to both Google-parent Alphabet ( GOOGL ) and to Amazon.

Meanwhile, the strong AWS numbers confirmed the ongoing surge in corporate computing toward the cloud—note that both Microsoft (MSFT) and Alphabet (GOOGL) reported strong growth for their cloud-computing businesses in the quarter. Microsoft also projected that growth for its Azure cloud business would accelerate in the March quarter.

In a statement, Amazon CEO Andy Jassy said that the company “as expected” saw higher costs over the holidays, driven by labor supply shortages and inflationary pressures, adding that “these issues persisted into the first quarter” due to the Omicron variant of Covid-19. “Despite these short-term challenges, we continue to feel optimistic and excited about the business as we emerge from the pandemic,” he said.

For the March quarter, Amazon is projecting sales of $112 billion to $117 billion, up between 3% and 8%. The company noted that unfavorable foreign exchange rates would reduce growth by 150 basis points. The company sees operating income in the quarter of between $3 billion and $6 billion, including $1 billion from reduced depreciation expense due to an increase in the estimated useful lives of servers and networking equipment.

Amazon’s selloff earlier in the day was triggered by weak signals on the state of the consumer e-commerce market on Wednesday from both digital payments provider PayPal Holdings (PYPL) and from Meta Platforms.

In reporting results Wednesday, Facebook parent Meta said, among other things, that it is “hearing from advertisers that macroeconomic challenges like cost inflation and supply-chain disruptions are impacting advertiser budgets,” which would also suggest some risk to e-commerce demand.

Jefferies analyst Brent Thill, who has a Buy rating on Amazon stock, had written in a preview note that the setup heading into Amazon’s quarter was mixed—with a discounted valuation offset by the potential downside in operating income due to elevated labor costs. He sees Amazon as a stock for the 2022 second half, aided by easing comparisons, improved cost visibility, moderating capacity buildouts and continued momentum in the high-margin AWS and ads businesses.

With strong results from AWS and advertising, a price hike on Prime, and results in the core e-commerce business that were not as bad as some feared, Amazon may have even have done enough to boost sentiment around tech stocks more broadly.