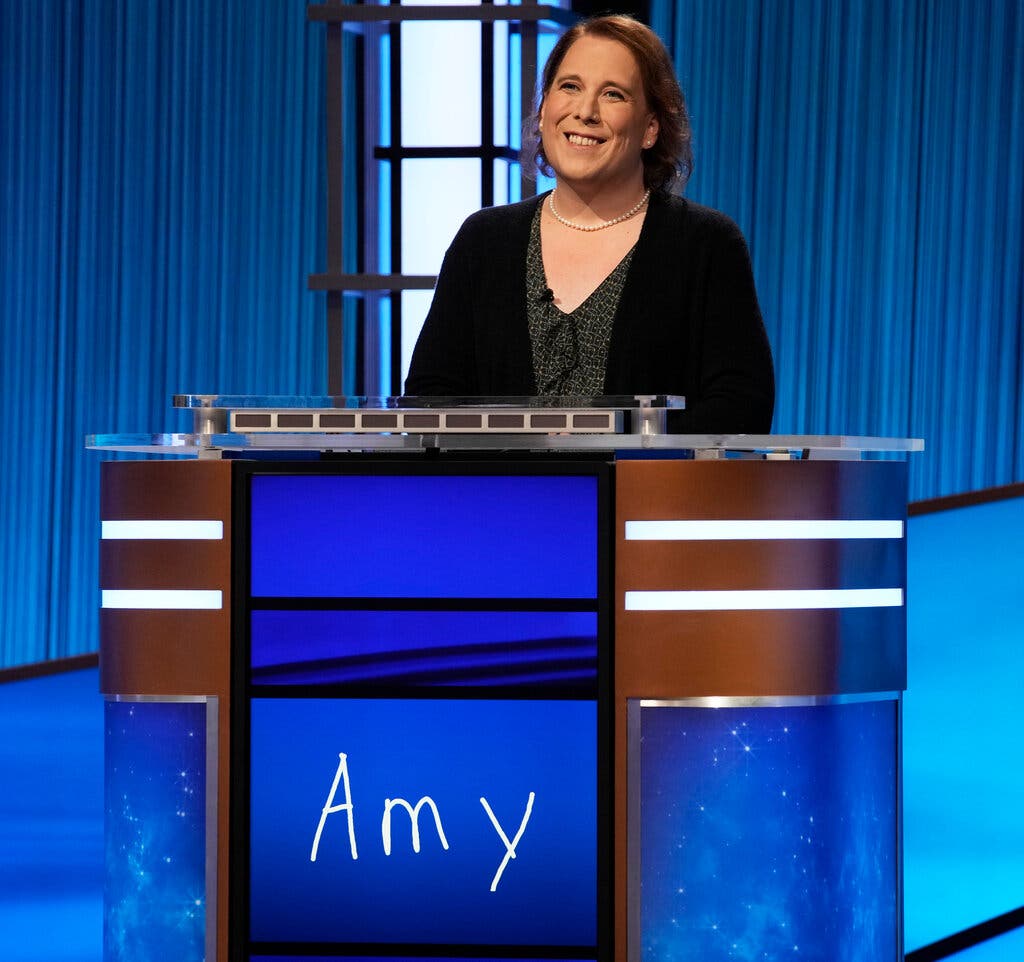 Her winning streak is now second only to that of Ken Jennings, who racked up a 74-game run. With 39 wins, Amy Schneider has outlasted Matt Amodio’s streak on “Jeopardy!”

The category is: game-show legends.

The current “Jeopardy!” phenom, Amy Schneider, surpassed Matt Amodio’s 38-game streak on Monday’s episode, making her the contestant with the second-highest number of consecutive wins in the show’s history.

She became the first woman to surpass $1 million in winnings on the show, and in the 39 games she has won so far, Schneider has amassed $1.3 million.

Her next goal post is far away: beating Ken Jennings’s 74-game streak from 2004, which remains the longest in history. Her new target would be particularly poignant if she meets it when Jennings is the host. (The former champion is currently trading off duties with the sitcom actress Mayim Bialik.)

Schneider’s success has spurred discussion among fans and internally among the show’s producers and writers about the recent pattern of streaks. Since 2003, when “Jeopardy!” got rid of a rule that had limited contestants to no more than five wins in a row, only a dozen contestants have managed to win 10 or more consecutive games. Schneider is the third contestant this season to do so.

Possible explanations for the unusual number of streaks abound. They include a wealth of online resources that contestants such as Schneider have used to study with, and a new entrance test that hopeful contestants can take anytime. Because of pandemic-related delays in taping the show, some contestants, including Schneider and Amodio, also had an unusual amount of time to study in between when they were initially told that they would be on the show and when they walked into the studio.

As a sudden game-show celebrity who is also a transgender woman, Schneider has had a whirlwind of a month, fielding a barrage of questions about her life and her preparation for this moment while also countering anti-trans attacks online. In an interview with the L.G.B.T. advocacy organization Glaad last year, Schneider said she had been unsure of how to discuss her identity on the show initially because she wanted her skill at the game to be the primary focus, but that she then decided to address it by wearing a trans flag pin.

“I didn’t want it to seem like something that was secret or that was shameful or anything, or that I was unaware of the significance of it,” Schneider said in the interview, “because I knew that trans people — trans ‘Jeopardy!’ fans — were watching my episodes extra carefully, just as I did with the previous trans contestants.”