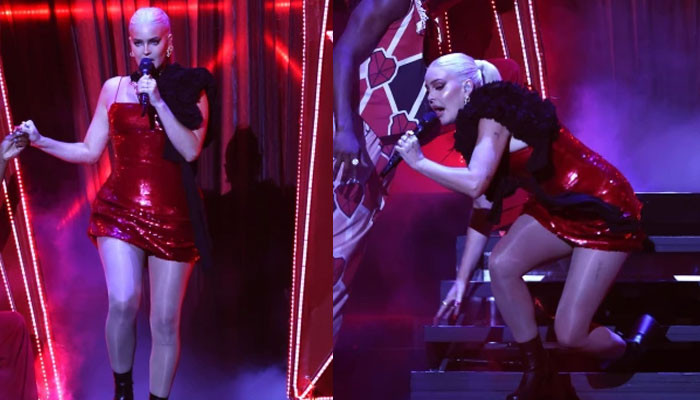 Anne-Marie garnered support from millions of he followers after she tripped on stage during live performance at the BRIT Awards.

The English singer, who wore a short red dress, flew down the stairs right after she began to sing. The star then maintained her calm, as she balanced back to stand up. Regardless, she carried on the ballad.

Reacting to her fall,  Anne-Marie took to Twitter later in the night.

Responding to her statement, one fan wrote: “Poor Anne-Marie. I feel so bad for her :/ the way she recovered from that fall tho?? respect #BRITs.”

Another tweeted: “Anne Marie getting straight back up from that fall what a trooper!!!”

“Anne-Marie joins Jason Derulo, Madonna and jlaw. It ain’t a bad group to fall into. #BRITs,” added a third.