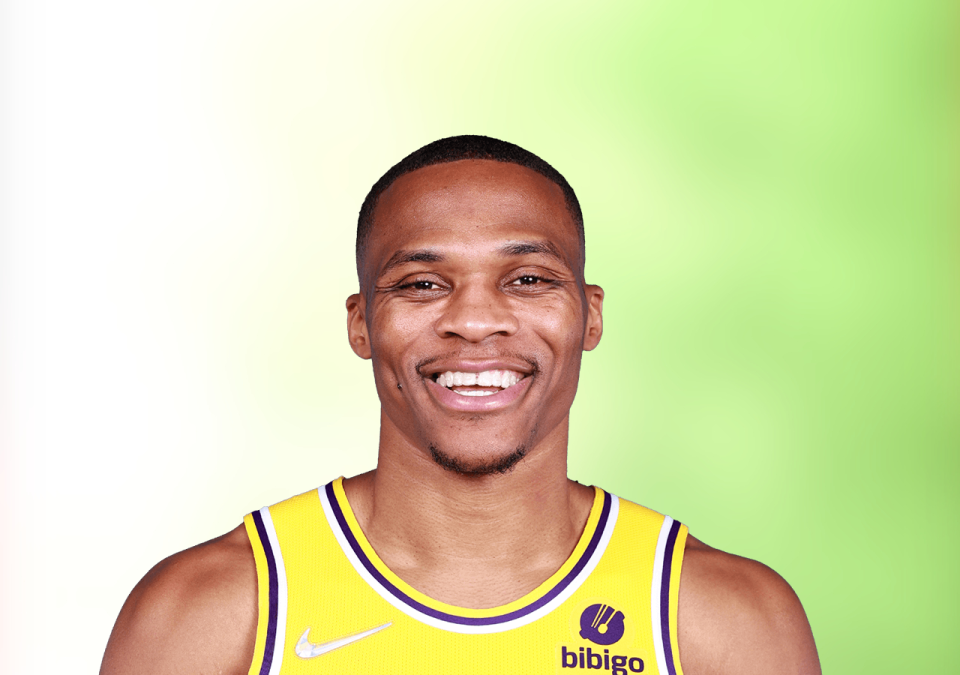 The Athletic’s Sam Amick reported this week that the Lakers have had internal discussions about possibly trading Russell Westbrook, but according to my sources around the NBA, the appetite for that player making $44 million this season and $47 million the next is very low.
Source: Dan Woike @ Los Angeles Times

Kamenetzky Brothers @KamBrothers
For the sickos who like to watch, Thursday’s @LockedOnLakers podcast, YouTube version. Among the talking points, Russell Westbrook’s process with adjusting to teammates, and vice versa. @LockedOnNBAPods @LockedOnNetwork
youtu.be/uwLb68jVgAs?t=… – 2:08 PM

Kamenetzky Brothers @KamBrothers
Thursday’s @LockedOnLakers podcast! We discuss reports about the Lakers looking to trade Westbrook (and others), Russ adjusting to his teammates, and the impact of Kendrick Nunn’s (impending?) return. #FirstListen @LockedOnNBAPods @LockedOnNetwork
podcasts.apple.com/us/podcast/the… – 11:55 AM

Emiliano Carchia @Sportando
Lakers reportedly showed some some covert interest” in pursuing a Westbrook trade with rival teams sportando.basketball/en/lakers-repo… – 10:05 AM

Bob Garcia @bgarciaivsports
Russell Westbrook is working to silence his critics the only way he knows how.
#Lakers #LakeShow #NBA
sportscasting.com/russell-westbr… – 2:06 PM

Justin Kubatko @jkubatko
Russell Westbrook last night:
✅ 0 TOV
Why is that noteworthy? It snapped his streak of 407 consecutive games with at least one turnover, by far the longest such streak since the NBA started recording individual turnovers in 1977-78. pic.twitter.com/liQwIwWlaZ – 10:01 AM

Dave McMenamin @mcten
New story: It was a turnover turnaround for Russell Westbrook and the Lakers on Tuesday es.pn/3pXEMpy – 3:31 AM

Ryan Ward @RyanWardLA
Frank Vogel “Russ is really invested in this team.” Admits Westbrook is “not always perfect” but cares about the team and its success. – 1:25 AM

Kyle Goon @kylegoon
Frank Vogel on Westbrook: “Russ is really invested in this team, you know that? He’s not always perfect but he really cares.” – 1:24 AM

Tony Jones @Tjonesonthenba
Gotta give Westbrook props for a no turnover game tonight – 1:19 AM

J. Michael Falgoust @ThisIsJMichael
Westbrook just played 33 minutes without a turnover and there was snow in the Florida Panhandle the other day. Strange times – 1:08 AM

Marc J. Spears @MarcJSpears
Lakers guard Russell Westbrook did not commit a turnover tonight. He snaps his streak of 407 straight games with at least 1 turnover, by far the longest streak by any player since individual turnovers were first tracked in 1977-78. @ESPNStatsInfo pic.twitter.com/UvaRXsozwK – 12:59 AM

StatMuse @statmuse
Russell Westbrook had 0 turnovers in 33 minutes tonight.
That’s the first time he’s played 30+ minutes without committing a turnover since 2013. pic.twitter.com/mBBIU0CSku – 12:55 AM

Matt Williams @StatsWilliams
Russell Westbrook did not have a turnover for the first time since March 14, 2016.
That snapped a steak of 407 consecutive games with a turnover, the longest streak since individual turnovers were first tracked in 1977. – 12:53 AM

Kyle Goon @kylegoon
Notable stat: Zero turnovers for Russell Westbrook tonight. The Lakers have just five as a team. – 12:52 AM

Dave Mason @DeuceMason
Russell Westbrook with 0 turnovers tonight against the Kings.
The first time he’s had 0 turnovers in a game since March 14, 2016. – 12:51 AM

Mike Trudell @LakersReporter
Coming off a 9 turnover game, Russell Westbrook has yet to turn it over tonight. He also has two assists, as he’s been more aggressive looking for his shot, going 6 of 17 from the field towards 13 points. – 12:17 AM

Mark Medina @MarkG_Medina
Buddy Hield swiped the ball out of Russell Westbrook’s hands. Then Westbrook swatted him right at the rim. Fun seeing them go back and forth – 12:14 AM

Kamenetzky Brothers @KamBrothers
Westbrook is 4-13 from the field in the first half, but he’s also got zero turnovers. The Lakers can absorb struggles with one or the other. “Both” is when things generally go sideways. AK – 11:37 PM

All of which explains why sources say the Lakers showed some covert interest in discussing a possible Westbrook trade with rival executives earlier this season. A deal appears extremely unlikely before the Feb. 15 trade deadline, if only because his deal that was once seen by so many as untradeable is such a massive obstacle. But inside the Lakers, it seems, there is some recognition that this hasn’t gone as (James and Davis had) planned -via The Athletic / January 5, 2022

Jake Fischer: The only outgoing call I confirmed was to Philadelphia for Ben Simmons… When I got the information that they called about Ben, the conversation pretty much was, “We’re interested in Ben. How would we get there?” The obvious solution is Russell Westbrook. He’s not a player on that Sixers list that they have. -via HoopsHype / December 15, 2021