August’s Flash #785 might hold the key to Dark Crisis 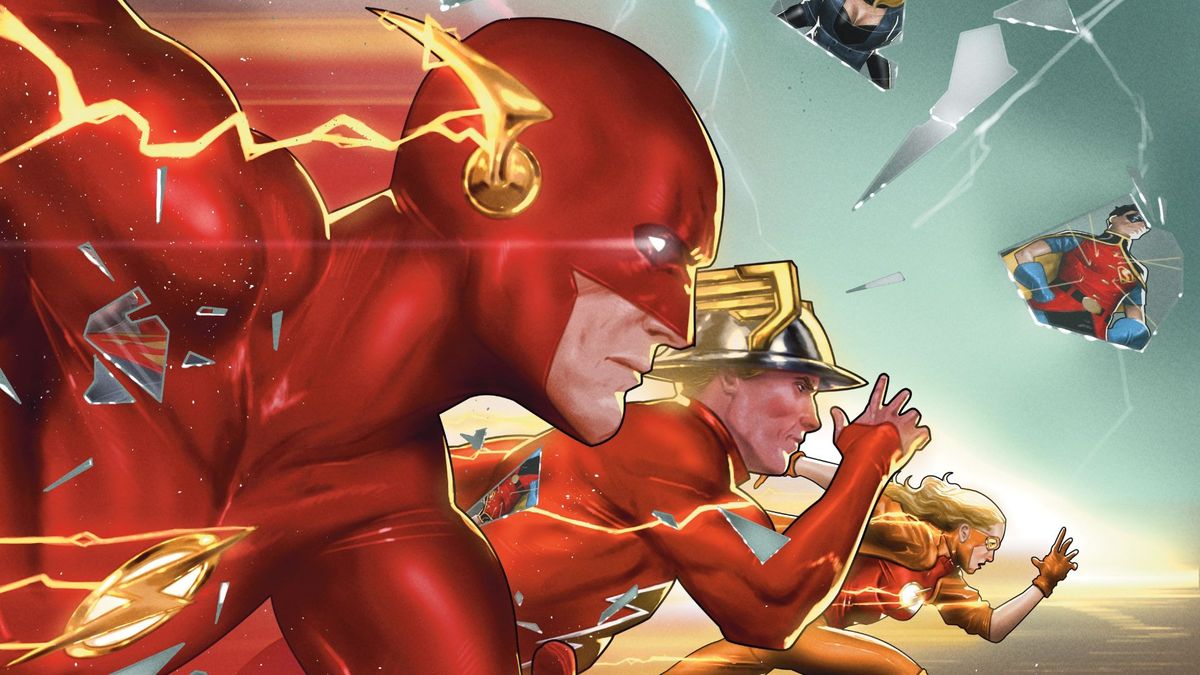 Don’t sleep on The Flash. DC’s monthly series, along with the Worlds Without A Justice League specials, may hold the key to writer Joshua Williamson’s Dark Crisis event and how long the Justice League will remain ‘dead’ following the events of Justice League #75.

The Flash writer Jeremy Adams recently tweeted the covers – by artists Taurin Clarke and George Kambadais, respectively, to August’s Flash #785, the latest chapter of a Dark Crisis tie-in story in which the title’s star Wally West and the extended Flash Family search for the missing Barry Allen and yes, we’re emphasizing missing for a reason.

Flash #785 with art by Amancay Nahuelpan is scheduled for an August 16 release and Newsarama can add to the covers the first look at DC’s description of the issue.

“Just when the speedsters to have snapped Barry out of Pariah’s clutches, Wallace seems to be falling in. And the creator of Barry’s mind prison isn’t about to let the team of Speedsters just run off. And even if they could, where exactly would they run to…?”

The ‘Search for Barry Allen’ story arc began in June’s The Flash #783 and in July’s The Flash #784 Wally and Wallace find Barry on the planet Pariah trapped him on.

Why is that important? Because as we detail elsewhere Barry was seemingly ‘killed’ by Pariah in 2021’s Infinite Frontier in the same exact way Pariah ‘killed’ the Justice League in Justice League #75 and Barry wound up on a Silver Age-dream-like mind prison instead of dead, and he’s apparently still alive enough for the Flash Family to find and interact with him.

But that’s getting ahead of the game. There are still seven whole issues of a Dark Crisis series that hasn’t even begun yet.

And since we’re on the subject, here’s a variant cover to August’s  Dark Crisis #3, courtesy of Williamson featuring … wait for it… a new Justice League?

We have our questions, but that’s a subject for another time…

DC is almost certainly counting on Dark Crisis becoming one of its most impactful DC events of all time.