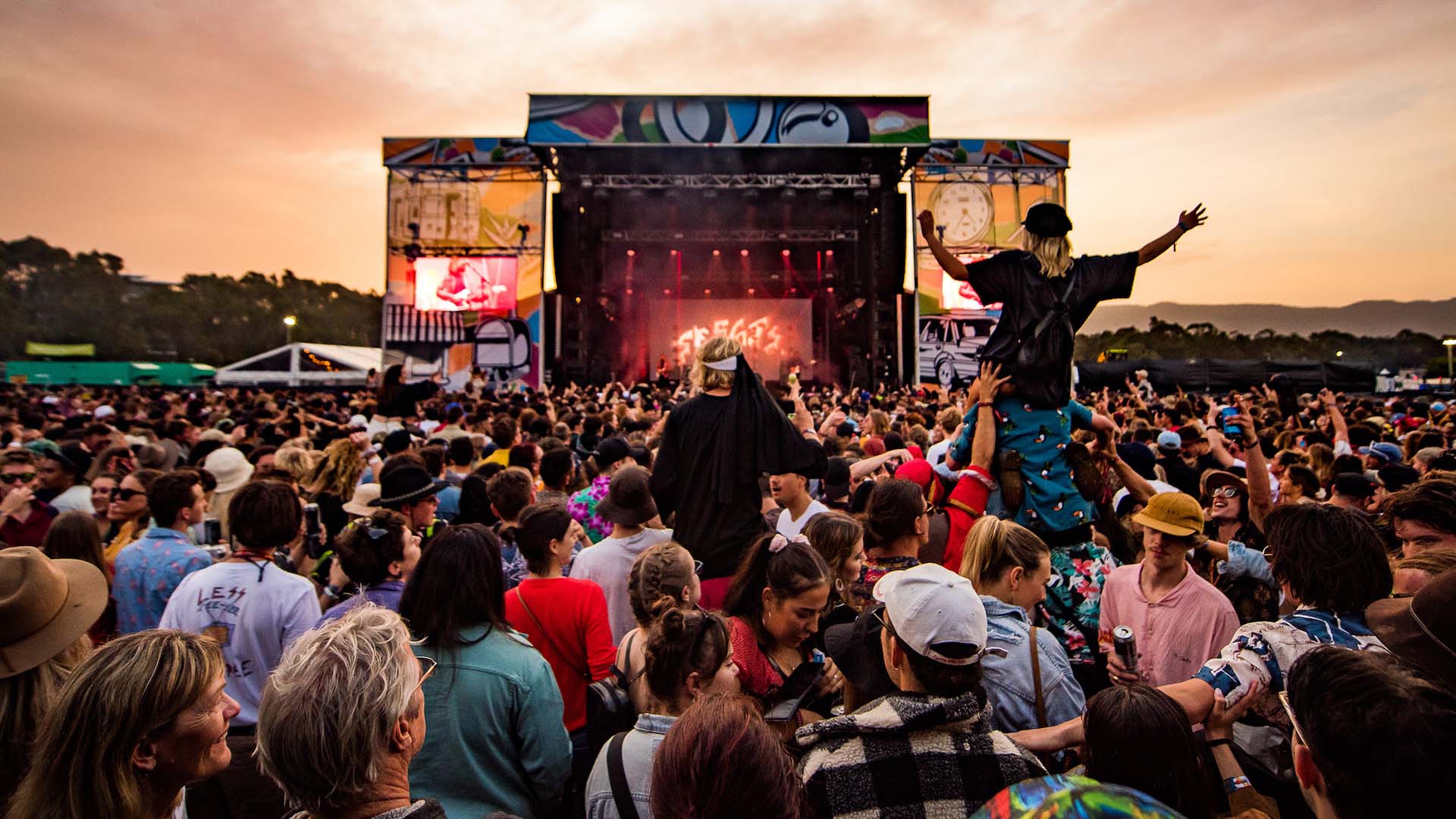 Building on the indoor ban introduced earlier in January, the expanded rule covers all attendees at both inside and outdoor music fests.

If your new year’s resolution involved dancing and singing at gigs and festivals as often as possible, the pandemic has once again delivered bad news. With New South Wales‘ COVID-19 case numbers continuing to rise in the new year, the state’s government banned making shapes and belting out a tune in indoor hospitality and entertainment venues last week — and it’s now added doing both at all music festivals, both indoors and outdoors, to the list.

The tightened restriction stems from an updated Public Health Order issued on Tuesday, January 11, and came into effect the same day. So, that means that no one in NSW can now sing or dance at music festivals, unless you’re a performer — and then, only while you’re performing or rehearsing on the premises.

If you’re wondering what counts as a music fest, the NSW Government website handily lists the requirements, noting that it doesn’t include events with a single stage that run for less than two hours, and that have a maximum of two headliners and four performers in total. That definition still covers a huge array of events, however, so you can expect to see festival cancellations popping up — such as Grapevine Gathering, which was meant to take place on Saturday, January 15, but has scrapped the event due to the new restrictions.

The aforementioned singing and dancing ban in indoor hospitality and entertainment venues is still effect as well, and the mask rules and density limits that were announced before Christmas.

That said, crooning tunes and hitting the dance floor is still allowed in public at wedding services and receptions — if you’re getting hitched or heading to a ceremony in the near future.

For more information about the status of COVID-19 and the current restrictions, head over to the NSW Health website.