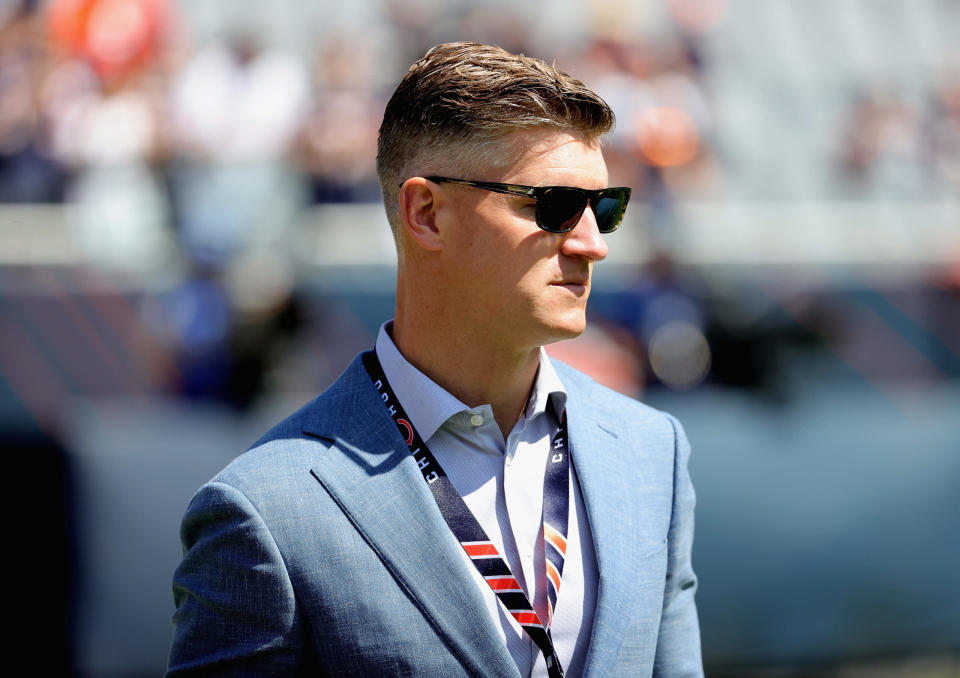 The Chicago Bears are facing some pretty important decisions heading into the start of their 2022 offseason.

While the expectation is Matt Nagy will coach his final game Sunday, general manager Ryan Pace’s future is more uncertain. The overwhelming feeling right now is that Pace will be retained by the Bears in some fashion, be it as GM or as a potential head of football operations.

But it sounds like keeping Pace with the organization could have dire consequences for the Bears as they prepare for their coaching search.

According to Jarrett Payton, son of the late Walter Payton, one former head coach he spoke with said “the Bears will have no chance of hiring any big named head coach if Ryan Pace is the GM or President of football ops.”

Granted, that’s just one person’s belief. There’s an argument to be made that retaining Pace could help the Bears potentially lure Sean Payton to Chicago, given their connection.

Still, the overwhelming belief at this point is that keeping Pace with the organization will do more harm than good. Whether that’s during the hiring process of potential GMs and head coaches or the general direction of the team.