‘Big John is rolling over in his grave’ 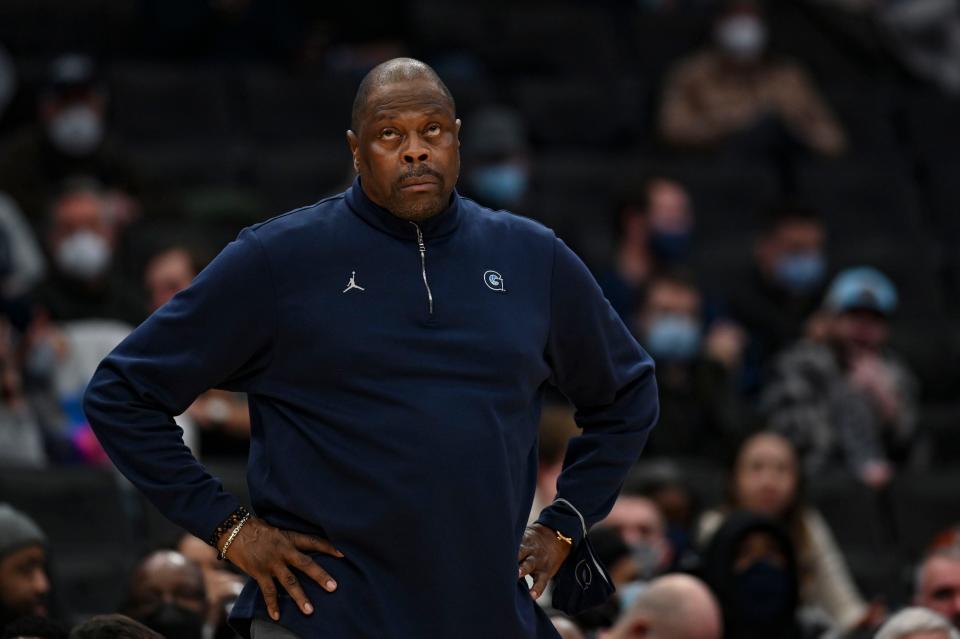 Big East play began with a thud Friday for Georgetown as the Hoyas were hammered at home, 92-64, by Marquette.

Playing its first game since Dec. 18 after four contests were postponed, Georgetown was outrebounded by 12 boards, had 13 fewer assists and shot just 29.9% from the field while the Golden Eagles hit at a 59.1% clip.

Needless to say, Georgetown coach Patrick Ewing was not pleased after the game.

“We did not compete,” Ewing said postgame. “Every effort thing that we needed to do, we didn’t do it.”

The Georgetown legend — in his fifth season coaching the Hoyas (6-6) — ended his media availability ripping his team and said the program is failing to live up to the standard set by late Hall of Fame coach John Thompson.

“As a player who helped build this program, I am disappointed in my team’s performance,” Ewing said. “This is not what Georgetown basketball is about.

“Big John is rolling over in his grave for the performance that we showed tonight.”

Ewing added that “everybody is on notice.”

But success has been more scattered for Georgetown since Big John stepped down. The Hoyas went to the 2007 Final Four under John Thompson III, Thompson’s son, but the team has not advanced past the first weekend of the NCAA tournament since.

Ewing was hired at his alma mater ahead of the 2017-18 season but has gone just 68-65 to this point. He did, however, lead Georgetown to the 2021 Big East tournament title in a feel-good Cinderella run. The Hoyas, however, lost their first-round NCAA tournament game to Colorado by 23.