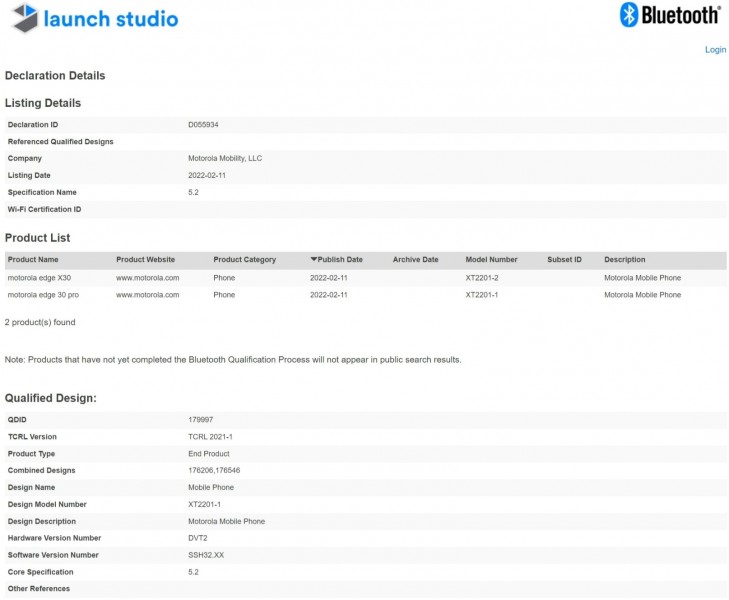 The Motorola Edge 30 Pro (XT2201-1) has been certified by Bluetooth SIG, and it’s listed on the authority’s website with the Edge X30 (XT2201-2), confirming Edge 30 Pro is the Edge X30 for international markets.

The Edge 30 Pro will feature stereo speakers and side-mounted fingerprint scanner and pack a 5,000 mAh battery with 68W charging. For photography, we’ll get a 50MP primary camera on the rear joined by 50MP ultrawide and 2MP depth sensor units.

The smartphone will have a 60MP selfie shooter inside the punch hole, but there’s also an Edge X30 Special Edition with a 60MP UD selfie camera, and it’s unclear if this one will also debut globally or remain China-exclusive. 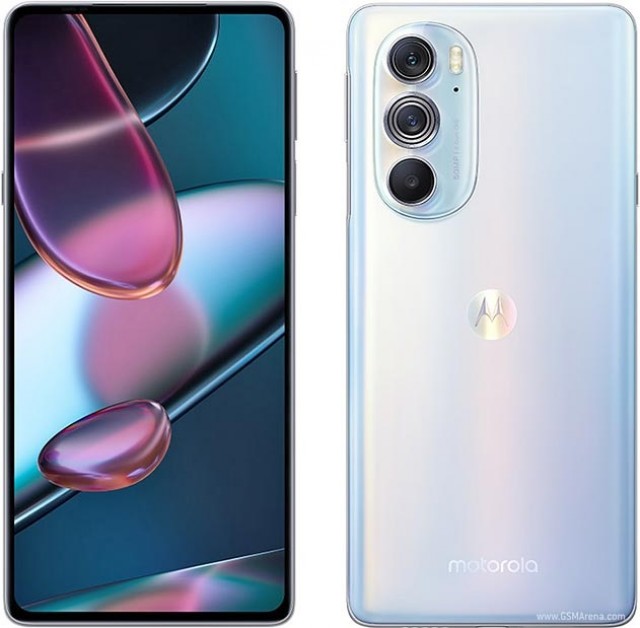 We’ve also seen multiple leaked renders of the Edge 30 Pro with contradicting information because some of them have the Motorola logo on the rear panel in the bottom-left corner and the fingerprint reader under the display, while others look similar to China’s Edge X30.