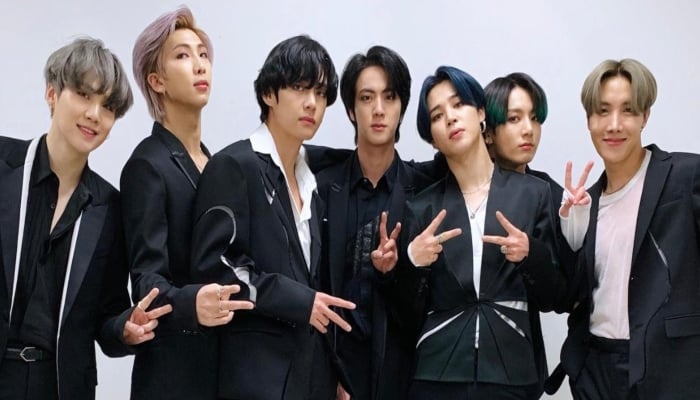 On Wednesday, the video clip titled, BTS’s Chaotic Break Time, was shared on Bangtan TV’s YouTube channel. The video featured the boys gearing up for their dance performances on hit tracks Butter and Dynamite for the show.

The video started with Jungkook giving an update about the members, “We just finished Dynamite and Butter. We’re recording it but the song (Butter) hasn’t been released yet. It hasn’t hit me yet. Until it’s really released we’ll keep preparing and practising whenever we have time.”

The boys can be seen dressed in colour coordinated black suits while dancing against a classy background.

While RM, Jin and V could be seen fighting for screen space as Jungkook continued to speak, “It’s not that I opened the performance fancy. I just stood up and walked. If that looked fancy all I could say is that my face was fancy.”

Jin then burst out laughing and said, “Our members are listening to this through the mic so it’s a bit embarrassing.”

Meanwhile, the massively popular boy band has been on a short break lately, spending time with their families and loved ones. They are currently working on new music.