Can Klay Thompson return to form after ACL, Achilles injuries? Here’s how other NBA players fared 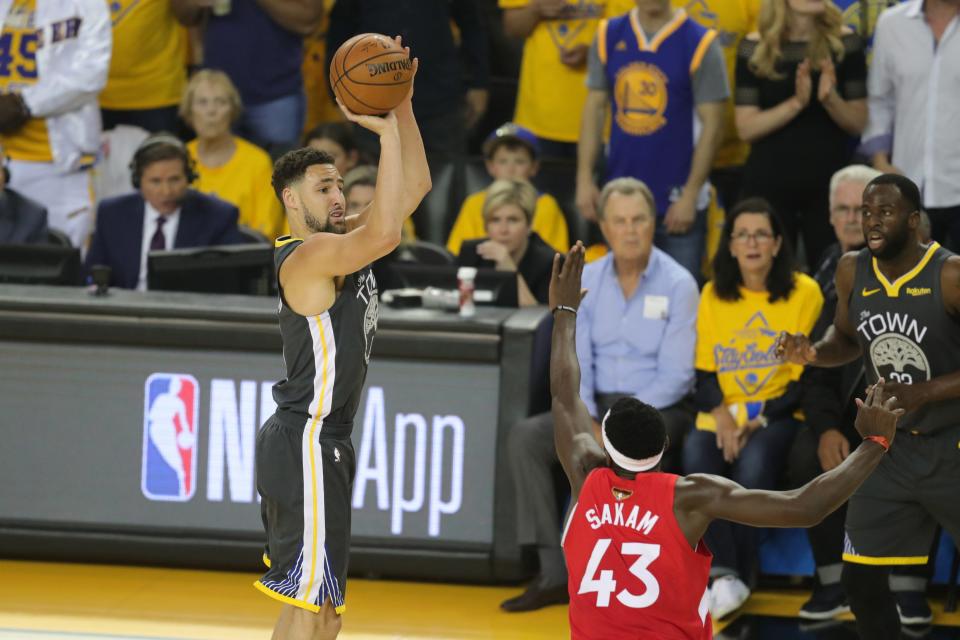 But who’s counting? Probably Thompson, who is expected to play Sunday for the first time since tearing his ACL against the Raptors on June 13, 2019 and then tearing his right Achilles’ tendon just before the start of the 2020-21 season.

The five-time All-Star, and one of the game’s great two-way players and shooters, can’t wait to join Steph Curry and his teammates, and the NBA world can’t wait to see how much better Thompson can make the Warriors, who are 29-9 and have the league’s second-best record.

We take a look at NBA players who had extended layoffs between games due to injuries. We left out Joel Embiid and Greg Oden who had injuries at the start of their NBA careers and focused on players who were established and then missed considerable time:

KLAY THOMPSON: Warriors’ star can thrive after ACL, Achilles injuries, experts say. Will he be as effective?

Walton played 14 games over a four-season span from 1978-79 through 1981-82 due to foot injuries, missing the 1978-79, 1980-81 and 1981-82 seasons. He still posted solid numbers after his return given his situation, averaging nearly a double-double for three consecutive seasons for the San Diego/Los Angeles Clippers.

Walton joined Boston in 1984 and was named Sixth Man of the Year in 1985-86, averaging 14.1 points and 12.7 rebounds per 36 minutes. He won a title with the Celtics that season and was instrumental off the bench.

The youngest MVP in NBA history at 22 years old, Derrick Rose sustained two significant knee injuries that limited him to 49 games over three seasons, including 10 games over two seasons while missing all of 2012-13. Rose was never again an All-Star or All-NBA player and there are a lot of what-ifs about his career had never had those two knee injuries.

But Rose found a way to extend his career and become more than a serviceable player in his last four seasons with Minnesota, Detroit and New York.

There was a time when it looked like Rose might not have a spot in the NBA. But he carved out a bench role where he’s been one of the league’s best reserves, finishing third for Sixth Man of the Year in 2020-21 and in the top seven the past three seasons.

Hill, who played until he was 40 years old, appeared in at least 65 games in five consecutive seasons near the end of his career, including at least 80 three times. He was not the scorer he once was after dealing with those foot injuries but still averaged double figures, rebounded and facilitated in nearly 30 minutes a game. He was part of some fun Suns teams with Steve Nash and Amar’e Stoudemire.

Durant is widely considered one of the NBA’s best players, but many questioned if he would return to his dominant form after suffering a torn right Achilles tendon in the 2019 NBA Finals while playing for the Golden State Warriors against the Toronto Raptors.

The two-time NBA champion and Finals MVP signed with the Brooklyn Nets in 2019 shortly after his injury but ruled himself out for the 2019-20 season to “get ready for next season and the rest of my career.”

Durant made his highly-anticipated Brooklyn debut in the 2020–21 season, scoring 22 points against his former team, the Warriors. Although he was sidelined 23 games from a hamstring injury, the Nets finished the season with a 48–24 record as the second seed in the East. The Nets came up short in the Eastern Conference finals against the Milwaukee Bucks, but Durant dropped 48 points in Game 7, the most in Game 7 in NBA playoff history. So it’s safe to say he’s fully dispelled any post-injury concerns.

Wall spent the first nine years of his career with the Wizards, where he was five-time All-Star and All-NBA selection in 2016-17 (23.1 points and 10.7 assists per game). But injuries limited him to just 73 games in his final three seasons with Washington, including missing the entire 2019-20 season after he ruptured his left Achilles tendon after slipping and falling in his home in early 2019.

“I came back early from some injuries before and made other things worse,” he said in September 2019. “My job now is to make sure my body is fully healthy with no injuries where I’m not compensating on one thing and hurting something else.”

He was traded to the Houston Rockets just before the 2020-21 season and averaged 20.6 points and 6.9 assists in 40 games. But he never achieved the same level of speed and effectiveness that he was known for. He suffered a right hamstring strain in April 2021 and missed the remainder of the season.

Share
Facebook
Twitter
Pinterest
WhatsApp
Previous articleLakers guarantee rookie Austin Reaves for rest of season
Next articleWhile many are focused on Maui, this major champ already has his sights set on St Andrews and the 150th Open