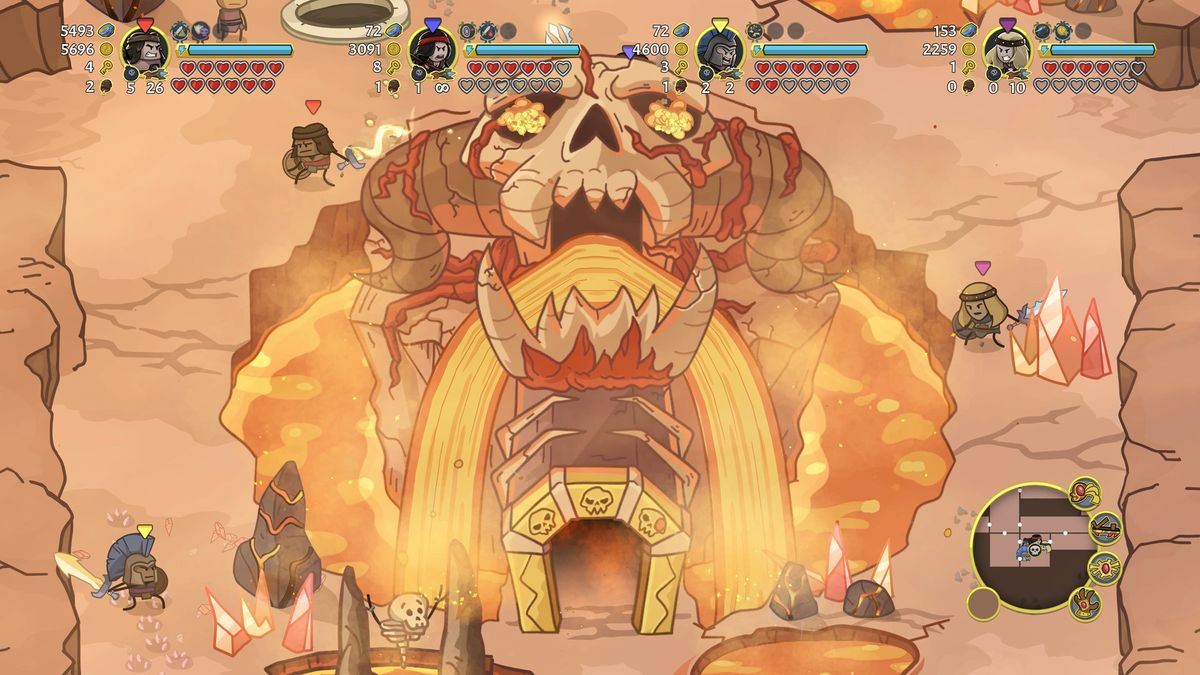 Conan Chop Chop looks like a suitably chaotic revival of the excellent Castle Crashers, and it’s out very soon.

Just below, you can check out a recent trailer for Conan Chop Chop, where multiplayer mayhem action is shown off in full. We can see four beefy pals cutting bloody paths through whichever enemies stand in their way, putting spears, swords, maces, and bows loaded with arrows to good use.

In fact, not only is Conan Chop Chop playable with up to three other pals via online multiplayer, but it’s also utilizing couch co-op. In this day and age, where formerly couch co-op games like Halo and Gears of War seem to be ditching the splitscreen action, it’s good to know developers like Funcom are picking up where others left off.

If Conan Chop Chop looks like your cup of tea, then good news, because there’s not long until you can actually play the new game. Funcom’s new title launches in well under a month from now on March 1, and it’ll be coming to PC, PlayStation, Xbox, and Nintendo Switch platforms at launch.

Additionally, there’s also a demo coming to PC and Nintendo Switch later this month on February 21. We don’t know what the demo will actually encompass right now, or whether it’ll be coming to PlayStation and Xbox platforms a little later down the line, but it’s good to know we’ll have a chance to try out the new chop-chopping action ahead of time nonetheless.

Check out our full best co-op games guide for a complete look over all the other multiplayer treats you can delve into right now.