Coronation Chicken: the UK culinary classic fit for a Queen 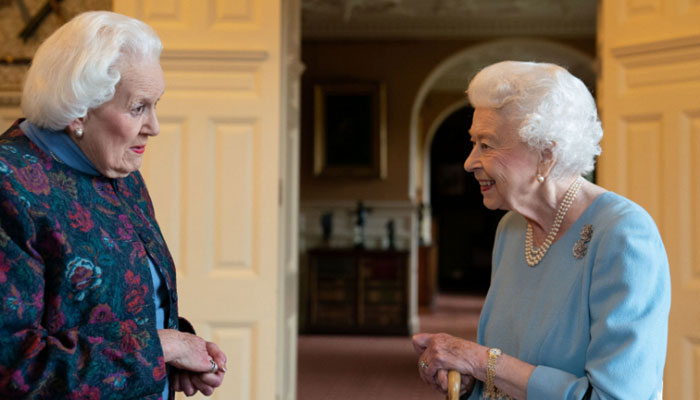 Coronation Chicken — also called “Poulet Reine Elizabeth” — is now so popular it can be found in supermarket ready-meals, pre-packed sandwiches and on the pages of many recipe books.

Angela Wood proudly recalls the poached chicken in creamy curry sauce recipe that she helped create for Queen Elizabeth II´s coronation in 1953, and which has since become a British culinary classic.

Coronation Chicken — also called “Poulet Reine Elizabeth” — is now so popular it can be found in supermarket ready-meals, pre-packed sandwiches and on the pages of many recipe books.

“It´s not the same recipe though. It´s just mayonnaise with a bit of curry put in,” Wood, 89, says laughing as she talks about some modern versions of the famous dish.

Wood was only 19 when, as a student at the renowned Le Cordon Bleu culinary school in Winkfield, near Windsor, west of London, she was asked to perfect a recipe created by the school´s director, Constance Spry.

Spry had been given the task of putting on a banquet for foreign dignitaries after the coronation on June 2, 1953.

“Constance Spry walked into the kitchen and said ´this is something we´re thinking of doing for the coronation… we´ll keep testing it until we get it right,´” said Wood at her home in the picturesque market town of Kimbolton in eastern England.

“Knowing that it was going to be foreign dignitaries from all over the world, she decided that it had to be slightly spicy but not over spicy,” she told AFP.

Another constraint was that the dish had to be prepared in advance so had to be cold, added Wood, looking elegant with short white hair, fuchsia-coloured lips and a matching cardigan.

The ingredients also had to be available in the UK, where, even for a royal banquet, imported food was limited after World War II because of rationing.

So Wood set to work in the kitchen, experimenting “two or three times a week, for possibly three or four weeks”.

“We were forever boiling chickens,” she said.

After constantly tweaking the ingredients, they found the right balance.

The chicken should be poached with a bouquet garni, while the sauce is a reduction of chopped onions, curry powder, tomato puree, red wine and lemon juice.

The mixture is then cooled and added to mayonnaise, lightly whipped cream and apricot puree.

“It´s a strange mixture. And people do the first bit (curry powder and wine) and taste it and it´s just so horrible and strong,” she laughs.

“I mean you can´t believe that it can be right.”

Wood is sometimes asked why she didn´t use mango, as is used in many of today´s versions of the classic.

The dish was described on the banquet menu, written in French, as “Poulet Reine Elizabeth” and was served to the 350 foreign guests with a rice salad containing peas and herbs.

It followed a tomato and tarragon soup and trout.

Strawberry galette was served for pudding, all washed down with Moselle and Champagne wines.