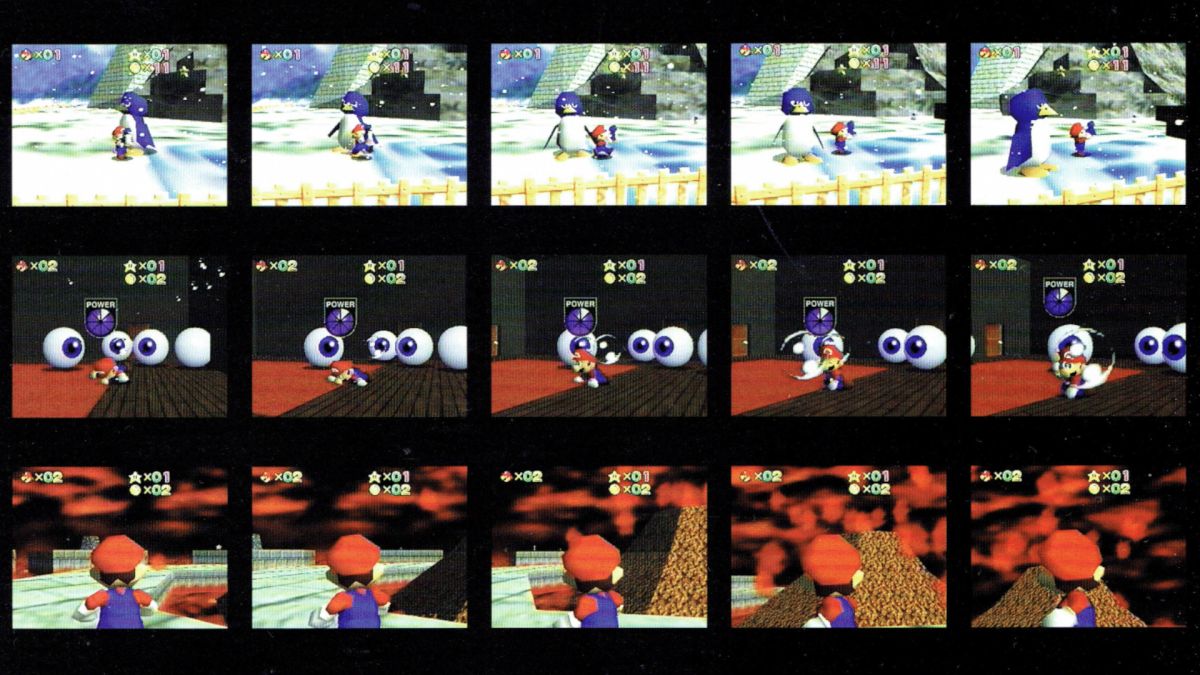 After a months-long search, Nintendo historians have uncovered a lost company catalog – and have discovered that it contains a look at a previously-unseen Super Mario 64 stage.

The Render Archive, a fan group dedicated to tracking down official render artwork for classic Nintendo games, put out a call in February 2022 to find anyone who had access to a copy of the 1996 Nintendo company report. After a well-timed retweet, Twitter user Nintoid stumbled on that call, and revealed that they had a copy of the report.

Within days, the report had been scanned and uploaded to Nintendo history site Forest of Illusion, and you can head there right now to see the whole thing for yourself (opens in new tab). It’s all in Japanese, but has a lot of fun artwork and offers a nice time capsule into the era when the company was promoting the SNES, Nintendo 64, Game Boy, and Virtual Boy all at once.

There’s a rprise at the end of the report, however: a series of film strip-style screenshots of an early version of Super Mario 64. Much of the footage these shots were pulled from either already appeared in publicly-released promotional footage (opens in new tab), or isn’t much different from the final game.

Now for the insane part…One of the pages shows various screenshots from the currently missing “extended” 1995 Nintendo 64 B-roll. Why is this a big deal? It shows a never-before-seen look at Super Mario 64’s mysterious ghost stage! Below is a gif to view each frame in action. pic.twitter.com/KsifRUaSg2September 21, 2022

But there’s one bit that shows a previously-unseen room with a bunch of Mr. I enemies firing bubbles at Mario. This area looks a lot like the Big Boo’s Haunt level, though this specific area does not appear in the final game. Other unused areas similar to the ghost house have appeared (opens in new tab) in similar promotional footage, so it looks like Nintendo had a lot of ideas for this level that did not make it into the release version of Super Mario 64.

A sheer bit of happenstance revealed a whole new piece of one of the most important games of all time, and this makes for a pretty good reminder of how fragile and challenging the work of preserving video game history really is.

Check out all the best N64 games of all time.