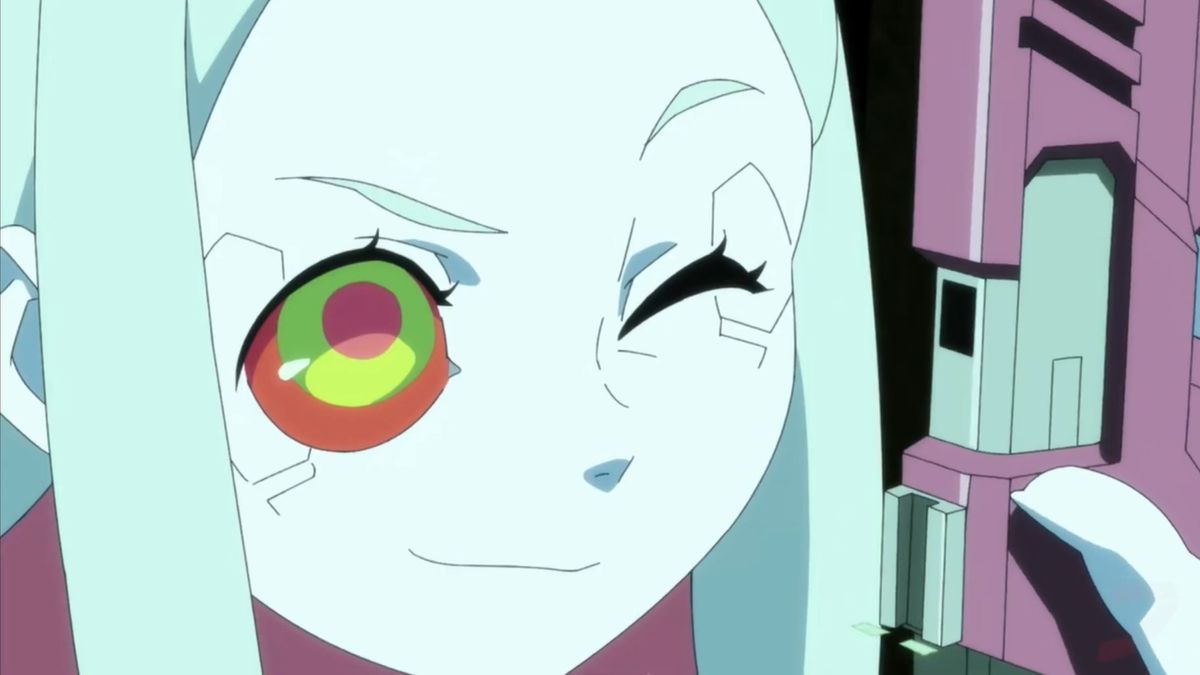 One talented Cyberpunk Edgerunners viewer has given fan-favorite character Rebecca the ending she deserved.

Be warned: there are spoilers for Cyberpunk Edgerunners here!

On September 23, Twitter user Liping54009663 uploaded an original Edgerunners comic. The 14-panel short depicts a version of Rebecca that survived Adam Smasher’s brutal attack in the final episode of Cyberpunk Edgerunners and made it out alive with Falco as her new travelling companion.

Not only does the talented artist give Rebecca a much happier ending, they also create a lovely send-off for protagonist David Martinez, who makes it to the Moon with Lucy. David, of course, also canonically meets an extremely sad demise at the hands of Adam Smasher in the climactic episode of the anime series.

We’re not entirely sure how it’s happened, but despite her limited screen time Rebecca’s become an absolute sensation among Cyberpunk fans at large ever since Edgerunners first aired on Netflix last week. It’s quite the turn of fate for a character who originally came close to being axed by 2077 developer CD Projekt Red, only to be saved by anime juggernaut Studio Trigger.

Twitter aside, this fan-made comic has also caused a storm over on the Cyberpunk 2077 subreddit (opens in new tab). Over 6,000 subreddit users have upvoted the comic so far, with many users far and wide experiencing leaks from their optic ports as a result of the fantastic creation.

Edgerunners really has won over new and lapsed Cyberpunk 2077 players alike, so much so that over one million players booted up the game each day since the anime, and the RPG’s accompanying Edgerunners-themed update, first launched.