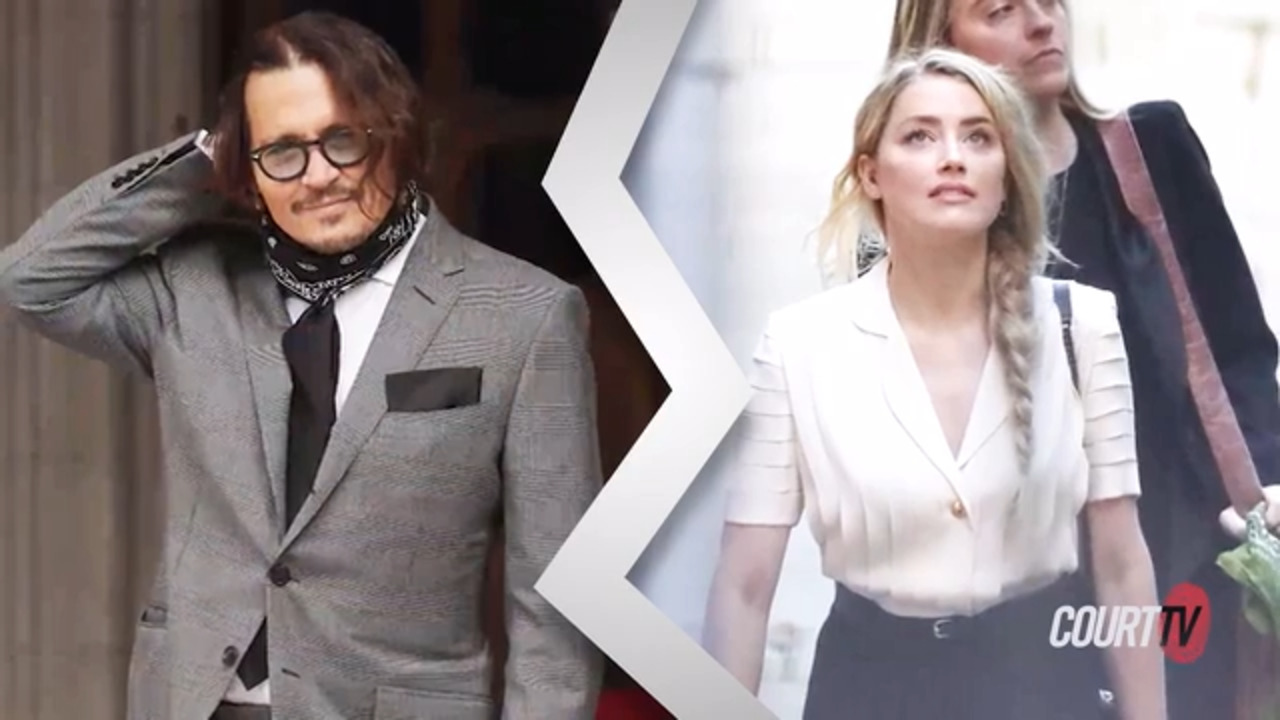 The trial is Johnny Depp v. Amber Heard. The once-married couple has been feuding since they split in 2016 and the drama has spilled into courts in the U.S. and overseas.

Johnny Depp, the star of blockbuster franchises such as “Pirates of the Caribbean,” was one of Hollywood’s highest-paid actors, commanding tens of millions per film.

The trial is Johnny Depp v. Amber Heard. The once-married couple has been feuding since they split in 2016 and the drama has spilled into courts in the U.S. and overseas.

The two will square off at the Fairfax County Courthouse in Virginia. Depp is suing Heard for defamation. He claims she damaged his reputation when she wrote about domestic abuse in an op-ed that appeared in The Washington Post in December 2018. Depp wasn’t named in the article but he claims in his lawsuit that the article implied he abused her and, as a result, he has lost movie roles and faced public scorn.

“Any defamation case has a difficult road to hoe,” George Freeman told Court TV, “but in this one I think it has a particularly difficult chance of success.”

Freeman served as in-house counsel for The New York Times for more than 30 years and is now executive director of the Media Law Resource Center.

“The first defense, really, is the most basic defense in libel law, which is truth,” said Freeman.

In order for Depp to win, he not only has to prove that the allegations are false, but that Heard acted with malice or intentionally lied about the alleged abuse.

Depp has already lost a similar libel case in London. He sued The Sun for calling him a “wife beater.” A judge there found that the newspaper had proved the article was substantially true.

Depp’s U.S. trial, however, will be different. A jury will decide the case, not a judge. And, Depp’s appeal among fans could be a factor.

“He knows that he has a large fanbase,” said Wagmeister, “even throughout this entire legal battle, so Johnny Depp could also feel empowered by knowing that he does still have a fanbase behind him.”

Depp’s case is unusual for another reason. According to Freeman, “Johnny Depp sued Amber Heard in this case but not The Washington Post. Generally speaking, in nine out of 10 cases, in a libel case you sue the media that publishes as well as the person who is making the accusation. Yet he never sued The Washington Post in this case, which leads to the conclusion that this is really, in the end, a marital fight that has now grown into the American court system.”

Court TV crews will be in that Fairfax County courtroom bringing you live, gavel-to-gavel coverage of the proceedings.