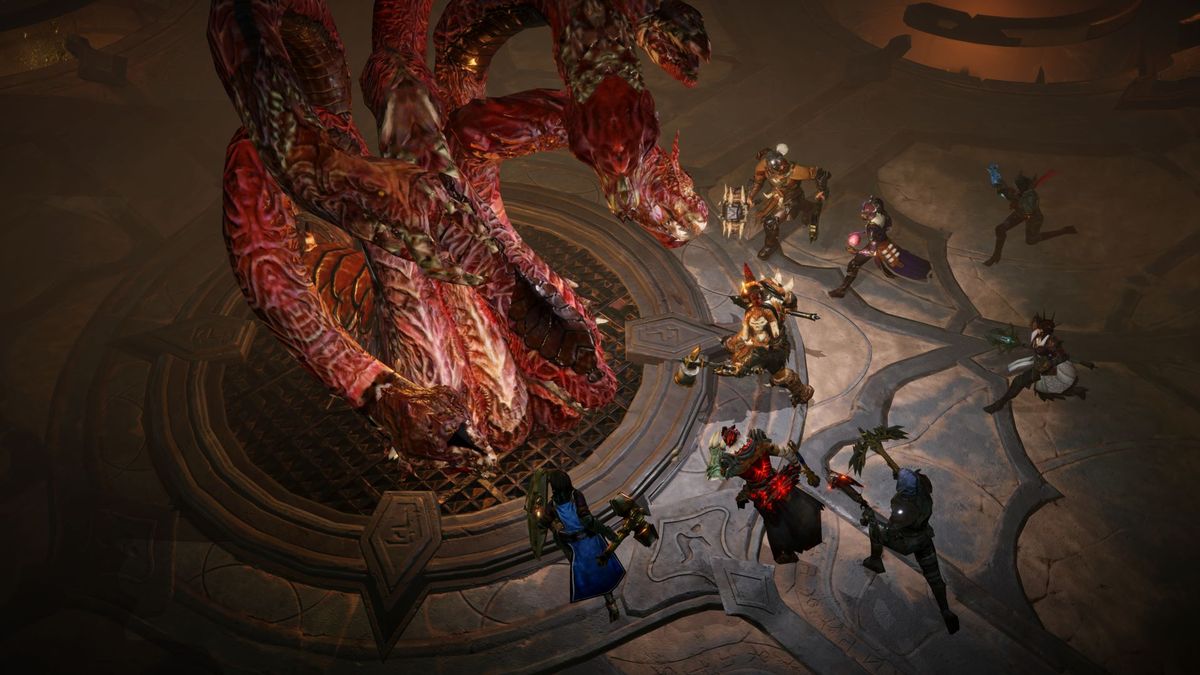 Diablo Immortal won’t allow you to change servers or play with people on other servers, Blizzard has confirmed.

In a tweet, Diablo community lead Adam Fletcher advised squads of demon hunters to coordinate and choose which server to join before starting the game. Once you’ve picked your server, you’ll only be able to play with other people on the same server, and you won’t be able to bring your character over to another server either.

“Coordinate with friends on where you want to play!” Fletcher said. “There isn’t cross server play with Immortal as each server has their own Immortals / Shadows / Adventurer groups.” Fletcher added that while this will be the case when Diablo Immortal launches on Wednesday, June 2, “maybe that changes in the future.”

RE: Diablo Immortal ServersYes – Coordinate with friends on where you want to play! There isn’t cross server play with Immortal as each server has their own Immortals/Shadows/Adventurer groups.Maybe that changes in the future but for launch you will play solely w/ your serverMay 26, 2022

It’s worth noting that this only applies to Diablo Immortal’s main campaign. Battlegrounds, the game’s dedicated PvP mode, will allow you to play with friends on different servers.

Los Angeles, New York, Santos, London, Paris, Seoul, and Sydney will all be getting dedicated servers – you can see the complete server list in the FAQ section of this page if you want to plan ahead.

If you want to be ready to pillage your way through hell as soon as possible, Diablo Immortal pre-loading is live on PC right now. Mobile players, on the other hand, will need to wait for the exact release time to download the game, but Blizzard has indicated that it might show up on the app store a few hours earlier than anticipated.

Looking for something new to play on the cheap? How about picking something from our list of the best free PC games available now!