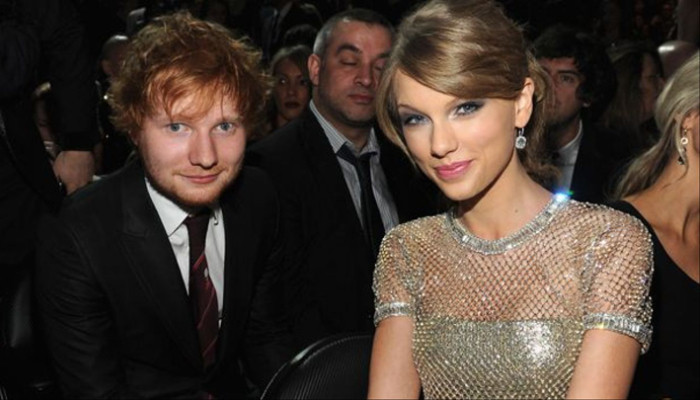 Ed Sheeran confirmed at the Brits Awards on February 8 that he’s coming out with a new song with Taylor Swift and fans are beyond excited with their theories.

Talking to Just Jared on the red carpet, Sheeran revealed that his “new track comes out Friday and it’s with Taylor Swift.”

That’s not all, he went on to add, “We’re literally announcing that in, like, an hour,” however, no official announcement has come yet.

Fans of the two hitmakers have since gone wild with theories hinting that the song might be a remix of Sheeran’s The Joker and the Queen; hints range from Swift carving an ‘equals’ sign into a cake in her music video for I Bet You Think About Me, and Sheeran rocking a T-Swift path on his jacket in the video for Overpass Graffiti.

The recent collab would mark their fourth song together; Sheeran has previously featured on three of Swift’s songs, Everything Has Changed, End Game, and Run.