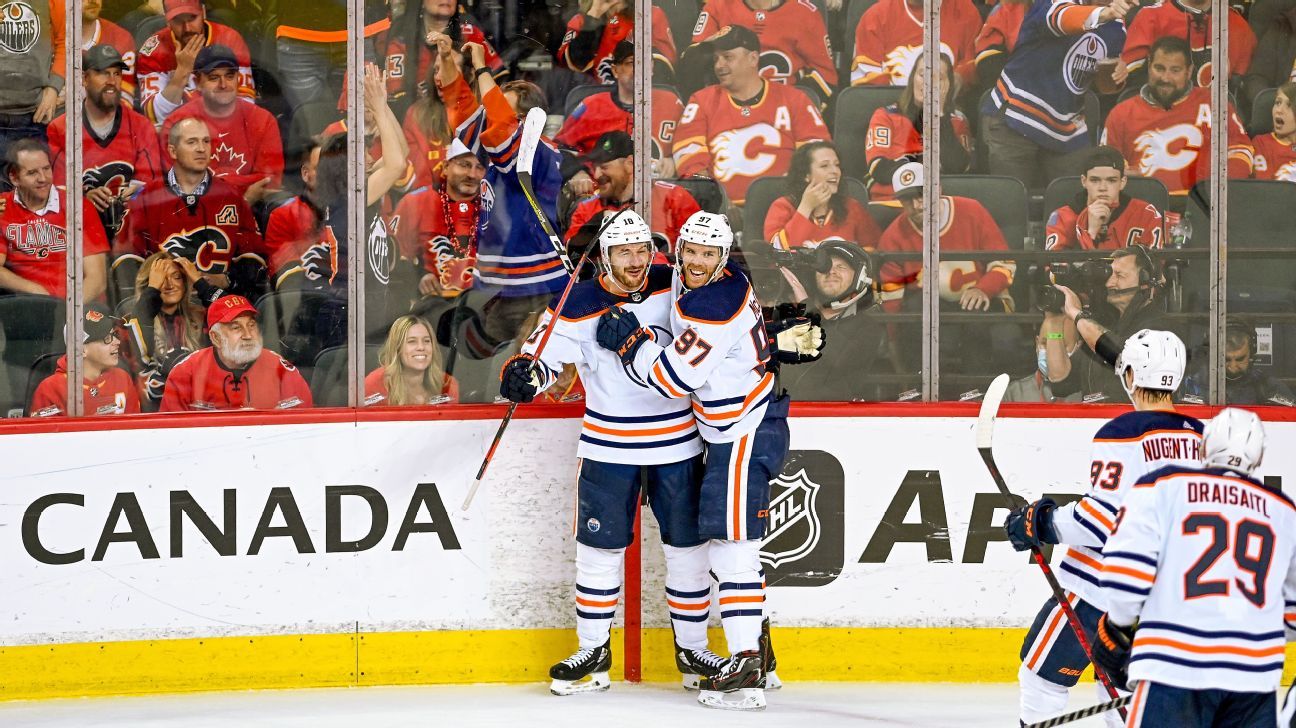 The Edmonton Oilers will be making their first Western Conference finals appearance since 2006 after defeating the Calgary Flames 5-4 on Connor McDavid’s overtime winner in Game 5 in their second-round Stanley Cup playoff series on Thursday.

Edmonton will next face the winner of the Colorado Avalanche-St. Louis Blues series; the Avalanche lead that series 3-2, with Game 6 on Friday.

The Oilers punched their ticket on the heels of a dramatic final contest in Calgary that included a record-breaking span of goal-scoring in the second period, and a controversial overturned goal for the Flames’ Blake Coleman in the third.

Needing a win to extend the series, Calgary built a 2-0 lead over Edmonton by early in the second period, off goals by Andrew Mangiapane and Mikael Backlund.

Leon Draisaitl responded by teeing up Darnell Nurse to put Edmonton on the board. By night’s end, Draisaitl would collect four points, and his 17 in the series would be the most ever scored in a playoff matchup between Edmonton and Calgary.

Messy rebound control from Flames netminder Jacob Markstrom provided an easy tap-in for Jesse Puljujarvi shortly after, and the Oilers had evened the score at 2.

At the midway point of the second, Calgary and Edmonton would reach a mind-boggling new height.

Over the span of 1:11, they combined for the fastest four goals ever scored in a playoff game:

In another 40 seconds, Evan Bouchard had Edmonton tied again, 4-4.

Calgary thought it broke that stalemate late in the third, but it was not to be.

Blake Coleman appeared to score the Flames’ fifth goal, but it was called back after an official review determined the puck was kicked in by Coleman as he fell to the ice. Calgary argued that puck was going in regardless, and Coleman didn’t have any effect on its trajectory.

The NHL’s Situation Room ruled Coleman had reached out with his skate to guide the puck. And so, the game went onto overtime.

McDavid needed just over five minutes there to end the game, and send Edmonton home with a victory.