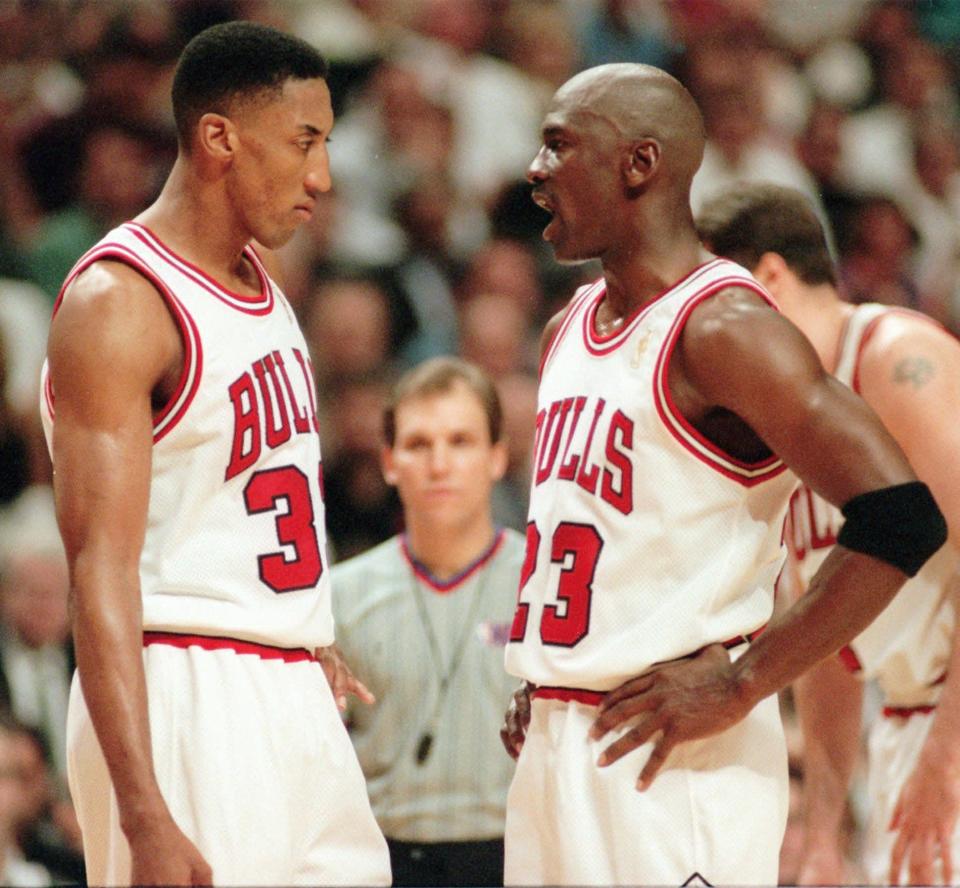 It seems that Scottie Pippen isn’t the only one who is upset about the way he was portrayed in “The Last Dance,” the popular 10-part documentary that aired on ESPN in 2020.

Former Bulls teammate Stacey King got his two cents about Pippen and Jordan while on “The Lowe Post” podcast.

“I thought that the documentary was really good for the fans,” King said. “It gave people, in a down time with COVID, something to be happy about … It opened up a new set of fans for the Bulls teams back then. More people recognized that Michael was as good as their parents said he was. [But] I thought it was a little bit sensationalized. I didn’t like the way Scottie was portrayed in certain things. In that documentary, a lot of things Scottie didn’t really pertain to that second three-peat. You know, the 1.8 seconds was when MJ was retired. In my opinion, that really didn’t need to be brought into ‘The Last Dance.’ It had nothing to do with that.”

ARMOUR: ‘The Last Dance’ showed MJ to be otherworldly and deeply human

Pippen had refused to go into the game during a 1994 playoff game against the New York Knicks because head coach Phil Jackson had Toni Kukoc taking the final shot. Pippen accused Jackson of being racist in a GQ article.

King went on to praise Pippen when the Hall of Famer was less than effective in Game 7 of the 1990 Eastern Conference Finals against the Detroit Pistons. Pippen played 42 minutes, shot 1 for 10 from the field and scored two points. The Pistons won in a rout and went on to win their second straight NBA title.

“I was there when Scottie had the migraine. When you have one of the worst migraines, you can’t see, which Scottie couldn’t. He was in so much pain, coming to Detroit for that Game 7. He was in tears, and he tried to play. Couldn’t see and was just so visibly shaken by not being able to play,” King said. “Scottie has always felt he doesn’t get the attention he deserves. He’s always been looked at as Robin to Batman.”