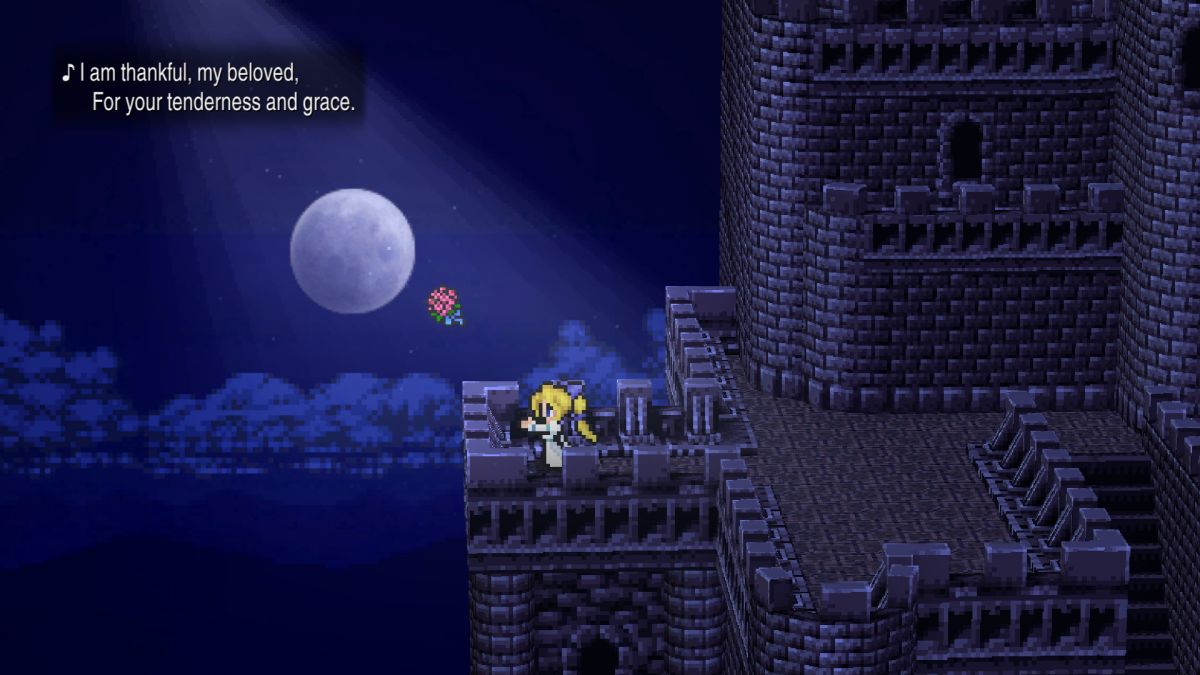 The Final Fantasy 6 Pixel Remaster release date has been revealed, locking in the last chapter of Square Enix’s unique history-retouching initiative for its formative JRPG games.

Final Fantasy 6 Pixel Remaster will arrive on February 23, exclusively for PC and mobile devices. The pixel remasters for all five prior Final Fantasy games similarly skipped console versions, but perhaps the full set of six becoming available will make an all-in-one bundle more of a tempting proposition for Square Enix to bring to consoles. It only seems fair, since they were all console exclusives when they first came out.

The first thing you’ll probably notice about Final Fantasy 6 Pixel Remaster is exactly what it says on the tin: these pixels have been remastered, using the original SNES sprites as a starting point for new visuals which aren’t constrained by the technical limitations of their era. Unlike many remastered versions of older games (and some of Square Enix’s own previous Final Fantasy revivals), the Final Fantasy pixel remasters are still proudly pixel-art forward – there’s just more of them now, in a somewhat different arrangement.

The pixel remasters also feature a modernized user interface complete with auto-battle options if you’re just here for the story, and a rearranged soundtrack overseen by original composer Nobuo Uematsu.

Meanwhile, on the other end of Final Fantasy history, we’re still waiting to hear more about Final Fantasy 16 after producer Naoki Yoshida indicated it was nearly finished at TGS 2021.

Yoshida has teased that more Final Fantasy 16 info will come in spring 2022, so hopefully we don’t have to wait much longer to find out.