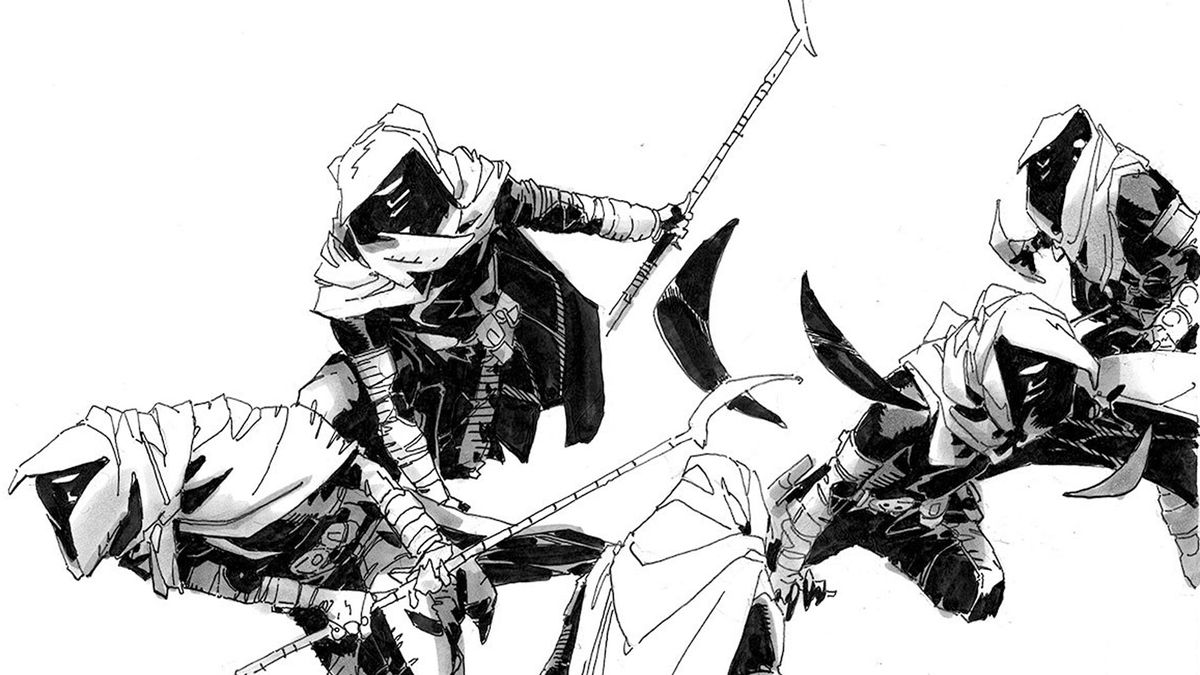 As we all prepare for the upcoming Moon Knight streaming series on Disney Plus, Marvel is getting ready for it by launching a second Moon Knight comic book series.

This April, Marvel Comics launches the four-issue anthology Moon Knight: Black, White, and Blood – delving into the dark side of the Fist of Khonshu, as well as his potential replacement.

Moon Knight: Black, White, & Blood #1 will have short stories by:

Hickman and Bachalo’s story will introduce a new Moon Knight, taking place sometime in the near future – but apparently unrelated to the recently introduced other Fist of Khonshu, Hunter’s Moon, introduced in the main Moon Knight ongoing comic book series.

Make has shared concept art for the story, drawn by Bachalo. Check it out:

Make sure you’ve watched the first trailer for Disney Plus’ Moon Knight.