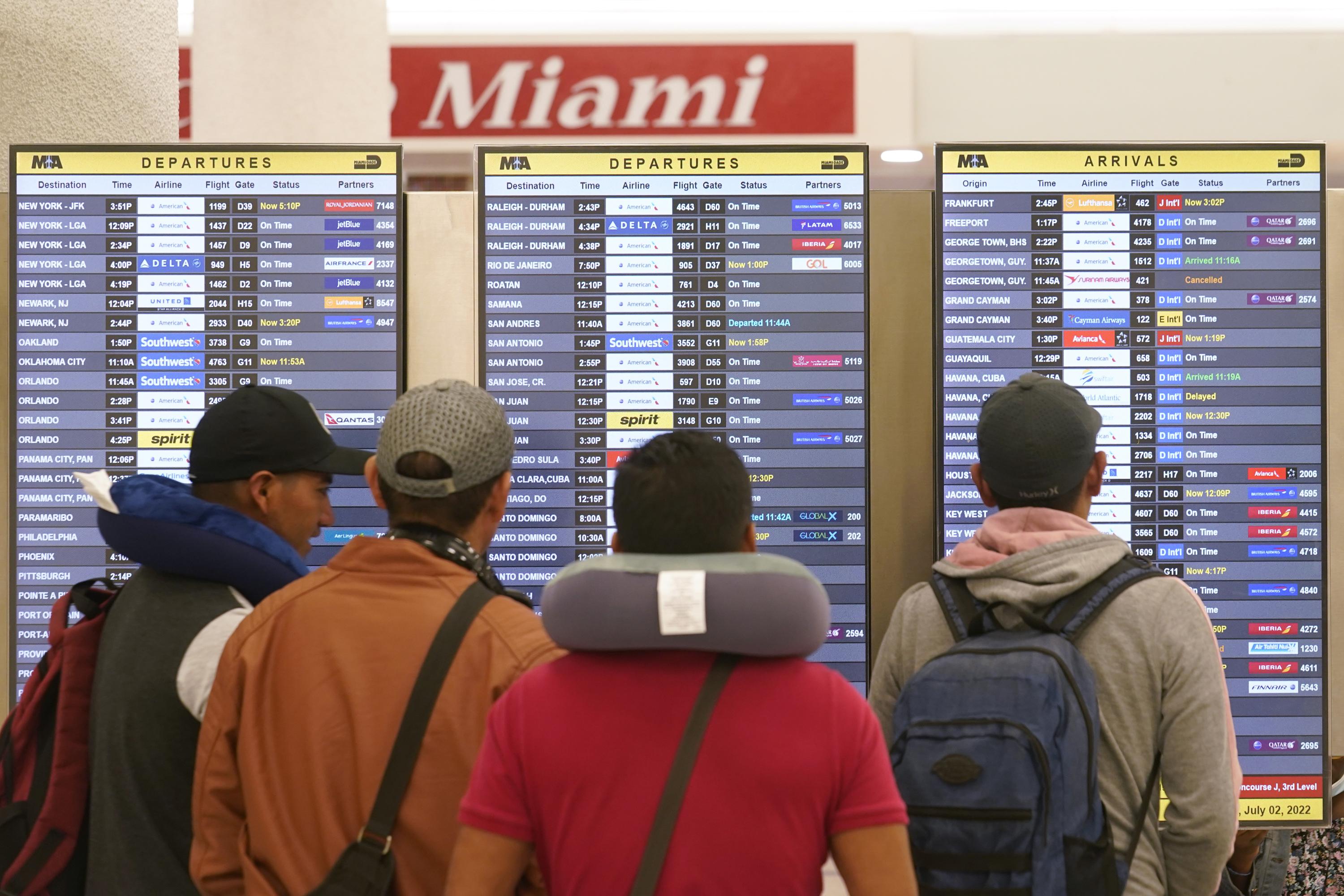 DALLAS (AP) — Travelers flying home from July Fourth getaways faced flight delays Monday, but airlines were canceling fewer flights than in the days leading up to the holiday weekend.

Since holiday weekend travel picked up on Thursday, airlines have canceled more than 2,200 U.S. flights, and another 25,000 were delayed.

More than 9 million flyers flocked to U.S. airports between Thursday and Sunday, peaking at 2.49 million, a pandemic-era record, on Friday, according to figures from the Transportation Security Administration.

By late Monday afternoon on the East Coast, more than 2,200 U.S. flights had been delayed and more than 200 canceled, according to FlightAware.

The good news: Those numbers were down sharply from recent days.

Flying during the peak vacation season has always been challenging. Big crowds and summer thunderstorms can quickly overwhelm an airline’s operations. That has been compounded this summer by shortages of pilots and other workers.

“It’s not just in North America, it’s everywhere,” said John Grant, an analyst for OAG, a travel-date provider based in the United Kingdom. “It’s a combination of available resources and demand picking up much more quickly than anyone anticipated.”

Grant said labor shortages in Europe and North America have affected airlines, their suppliers including caterers and aircraft fuelers, airports and air traffic controllers. He sees no reason to think the situation will improve anytime this summer.

In the U.S., the rate of cancellations over the last two weeks is up 59% from the same period in 2019, before the pandemic, likely due to a combination of weather, staffing shortages and air-traffic issues.

However, the rate of delayed flights is only slightly worse than it was in the last summer before the pandemic — 19.7% then, 21.5% now, according to FlightAware numbers.

While some of the disruption was due to bad weather, especially along the East Coast for part of the weekend, airlines also made unforced errors.

American Airlines accidentally dropped pilot assignments for thousands of flights in July because of a glitch in its scheduling program. A spokesman for the airline said Monday that the problem had been fixed and crew assignments had been restored for “the vast majority” of flights. He said the issue had no effect on July Fourth travel.

Ed Sicher, the new president of the union representing American’s pilots, said the airline had disregarded their contract by unilaterally reassigning pilots to about 80% of the affected flights.

Sicher said the union and airline are negotiating extra pay for pilots who had trips dropped, then restored during “this debacle.”