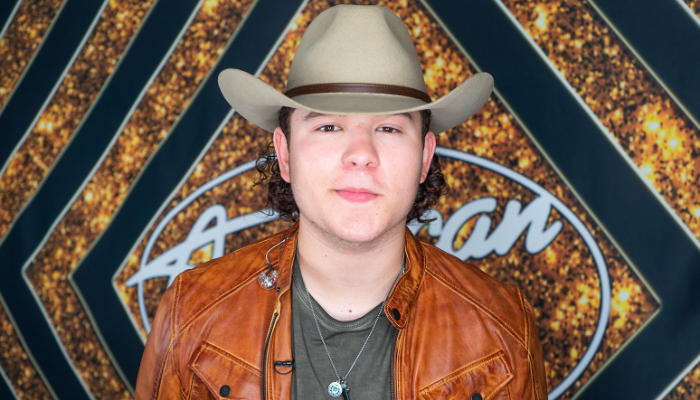 Caleb Andrew Kennedy, a finalist on American Idol is accused of barrelling into a man with his pickup

Caleb Andrew Kennedy, a country music singer who was a finalist on American Idol is accused of barrelling into a man with his pickup and running over him in what his lawyer called a terrible accident, reported The Associated Press.

Kennedy, 17, faces up to 25 years in prison if convicted of driving under the influence resulting in death, South Carolina authorities said Wednesday.

Kennedy drove the truck onto a private driveway in Spartanburg County on Tuesday afternoon, striking a man who lived on the property, according to Master Trooper Mitchell Ridgeway of the South Carolina Highway Patrol.

Larry Duane Parris, 54, was hit as he stood just outside his shop where he fixes boats, authorities said. The impact of the crash drove Parris inside the shop, where he was found by his daughter, Solicitor Barry Barnette said at a Wednesday court hearing.

Kennedy “literally ran over top of him,” Barnette said.

In a 911 call, Parris’ daughter can be heard screaming for help, and Kennedy can be heard on the tape saying he was sorry as he held the dying man inside the shop, the solicitor said. Parris was later pronounced dead at a hospital.

“He was holding the victim in his arms when the police got there,” his lawyer, Ryan Beasley, told AP. “I can’t tell you how sorry he is.”

“This was obviously a terrible, terrible accident,” Beasley said. Kennedy, a high school junior, “by all indications is a great student, never been in trouble.”

Kennedy told deputies that he had visited a friend before the crash, and took “a deep draw” from a vaping device and then felt the effects of it while he was driving, Barnette said.

Kennedy was also on prescription medication, and “we think there may have been a bad reaction to that,” his lawyer said, adding that this evidence will come out eventually.

Kennedy cooperated fully with authorities, which is why they know about the vape device and what happened in the time leading up to the crash, Beasley said. Prosecutors haven’t said what they think might have been in the device.

“I think it was a bad reaction to a prescribed medication,” Beasley said.

Kennedy is being charged as an adult with the crime, which is a felony, the prosecutor’s office said.

The judge denied bond for Kennedy. Beasley said he planned to request bond for his client at a court hearing later this month.

Kennedy advanced into the Top 5 of the ABC talent show last year, but dropped out of the singing competition after a video circulated of him sitting next to someone wearing what appeared to be a Ku Klux Klan hood.

On Twitter and Instagram, Kennedy apologized at the time for the video, saying “it displayed actions that were not meant to be taken in that way.”

Kennedy’s mother, Anita Guy, told news outlets that the video was filmed when Kennedy was 12 and had been taken out of context. She said Kennedy had been imitating characters from the film The Strangers: Prey at Night.

Kennedy’s hometown is listed as Roebuck, which is just south of Spartanburg. – AP