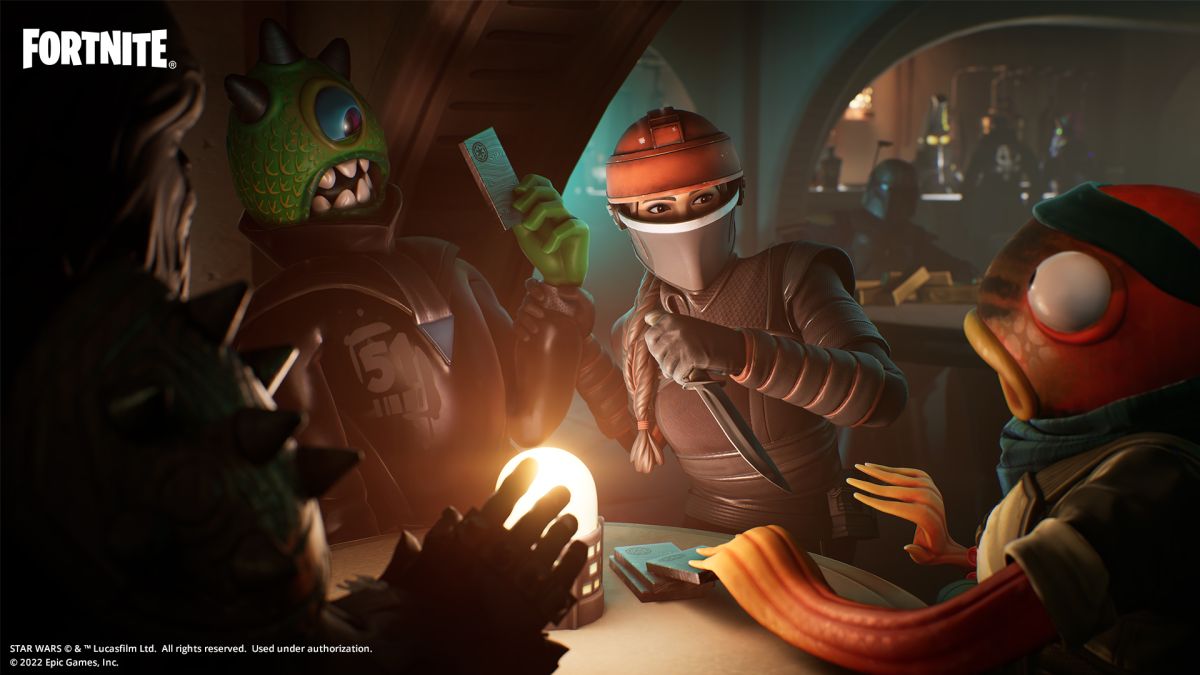 Earlier today, the official Fortnite Twitter account announced that mercenary sidekick Fennec Shand would be making her way to the battle royale game. As of right now, you can drop into the Fortnite item store and purchase the new Fennec Shand Outfit for the grand total of 1,500 V-Bucks.

Your enemies, those you trust, and the strangers of the galaxy all have one thing in common: They know a bounty hunter when they see one.Grab the Fennec Shand Outfit in the Item Shop now! pic.twitter.com/Qut5M2EkhiFebruary 9, 2022

However, Shand isn’t the only character from the Book of Boba Fett to grace Fortnite Battle Royale today. As you can see below, reputable Fortnite dataminer Shiina reports that the Wookie Krrsantan has also been added to the game alongside Shand, and you can purchase him for the same amount of V-Bucks.

Alternatively, you can purchase both Book of Boba Fett characters for the sum total of 2,300 V-Bucks. There’s also Fennec’s Ship now available as a Glider in the Fortnite item store for 800 V-Bucks, and the This is the Way emote open to purchase for just 200 V-Bucks. This all comes after Boba Fett himself arrived in Fortnite late last year in November, shortly before his show debuted on Disney Plus.

Fortnite might be ongoing, but the Book of Boba Fett wrapped up earlier today, with episode seven debuting on Disney Plus in the early hours of February 9. This might be the end of the road for the esteemed bounty hunter (for now), but in just a few month’s time we should have Obi-Wan Kenobi’s show to tide us over, which looks set to be arriving on Disney Plus in May.