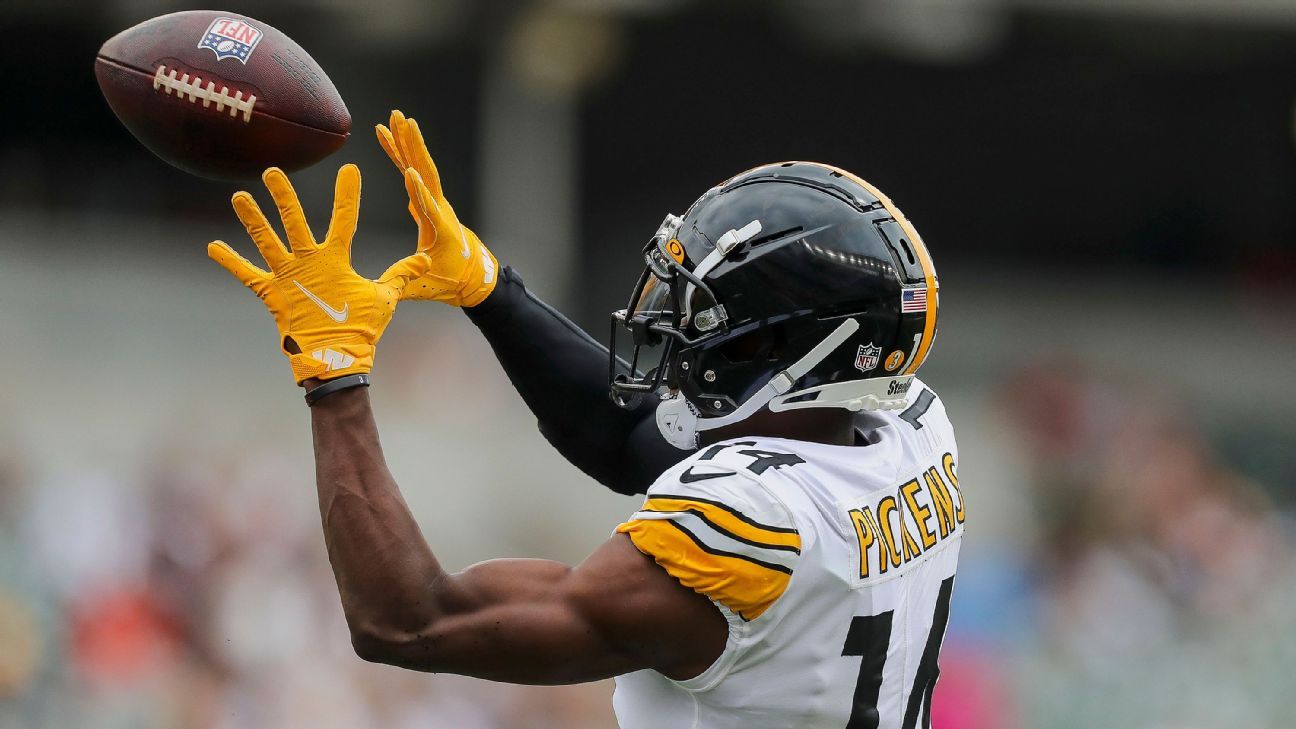 CLEVELAND — Mitch Trubisky said Tuesday he knew he had to get rookie wide receiver George Pickens more involved in the Pittsburgh Steelers offense.

He did just that late in the first quarter when he let it rip to Pickens streaking down the sideline in front of the Cleveland Browns bench.

Pickens, who had just two catches for 26 yards entering Thursday’s game, hauled the 36-yard reception with a one-handed grab, securing the ball against his body as he hit the ground. It didn’t matter that he was closely guarded by Martin Emerson Jr., Pickens still made the contested catch. The 36-yard completion was the Steelers’ longest pass play this season.

The catch put the Steelers offense in position to score on a 5-yard Najee Harris touchdown run a few plays later, tying the game 7-7 and showing the kind of aggression and explosively the unit lacked in the first two weeks.