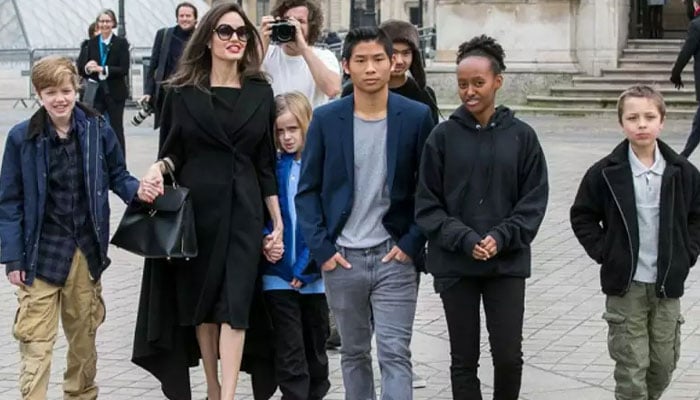 Angelina Jolie and Brad Pitt’s daughter Shiloh Jolie-Pitt is on her way to become a dancing sensation as she recently showed off her killer moves on Lizzo’s song.

However, the teenager is not the only child of the former couple who has been passionately working on her talent.

The duo, famously known as Brangelina, have six children who usually remain out of the spotlight with a few public events with an exception where the Maleficent star brought them with her.

The hidden talents of the Jolie-Pitt children:

Angelina adopted Maddox from an orphanage in Cambodia in 2001 during her humanitarian visit. Maddox has grown up into a 21-year-old young man who has a passion for science.

He has also worked as an executive producer alongside Angelina on the historical thriller First They Killed My Father.

Angelina adopted a Zahara Marley in 2006 who has shown a passion for community work as she runs her jewellery line.

The profit of her business is donated to victims of domestic violence.

Angelina also adapted Pax in March 2007 in Vietnam who has now turned 18 showing his acting talent after he voiced in Kung Fu Panda 3.

He’s also appeared on BBC Radio 4’s Woman’s Hour Jolie revealed that Pax loves music and his dream is to be a DJ.

Shiloh Jolie-Pitt is the former couple’s firstborn who has now turned 16 and has been setting dance floors on fire.

Shiloh attends the Millennium dance studio, where she practices hip-hop, a discipline that has enchanted her.

Vivienne played the role of young Aurora in Maleficent as she was the only child actor who wasn’t terrified of Angelina’s costume.