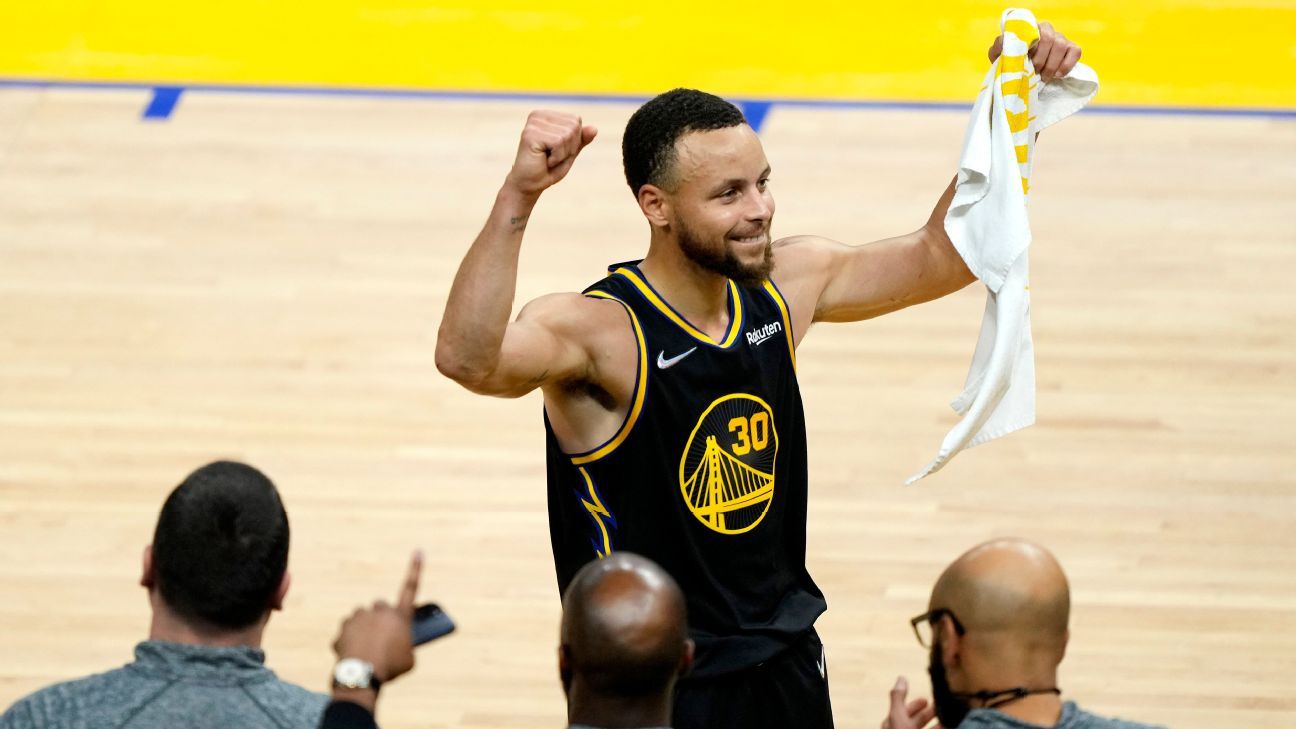 SAN FRANCISCO — Stephen Curry celebrated the Golden State Warriors’ return to the NBA Finals by adding a new trophy to his collection as he was named the first Western Conference finals Most Valuable Player on Thursday.

After the Warriors eliminated the Dallas Mavericks with their 120-110 win in Game 5, Curry was handed the brand-new Magic Johnson Western Conference finals MVP trophy and was immediately hugged and lifted in the air by teammates. Nine members of the media voted on the series MVP at the end of the game.

Drawing a lot of Dallas’ defensive attention, Curry finished Game 5 with 15 points and nine assists, but he averaged 23.8 points, 7.4 assists and 6.6 rebounds in the series.

For Curry, the real reward is returning to the NBA Finals. After making five straight Finals from 2014-15 to 2018-19, Golden State missed the playoffs for two straight seasons. Curry missed 60 games during the 2019-20 season due to a fractured left hand.

But now the two-time NBA MVP will be going for his fourth NBA championship.