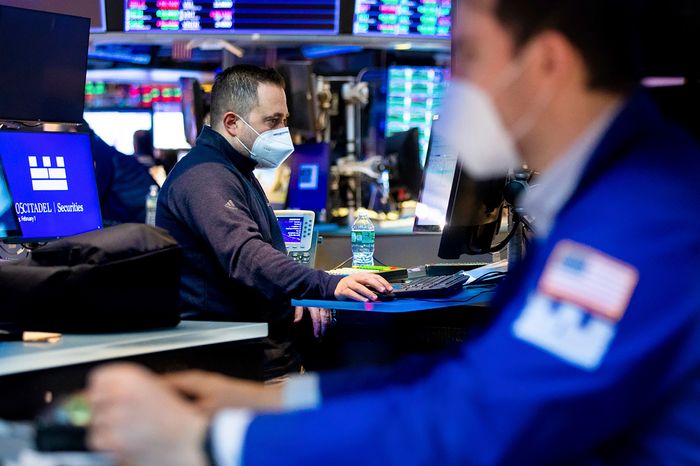 Shares of Google parent, Alphabet, are down 9% from $3,019 — their per-share high reached in early November before tech stocks plunged on fear of Fed tightening to battle inflation.

With details of the Fed’s strategy baked into the market, investors ought to turn their attention to the companies most likely to sustain rapid, expectations-beating growth.

And that means Google stock is poised to rise. How so?

(I have no financial interest in the securities mentioned in this post).

Investors still love shares of companies that beat expectations and raise guidance. So it’s no wonder that Alphabet shares are up some 11% to an all-time high in pre-market trade.

The catalyst is the company’s fourth quarter revenue and earnings — which exceeded investor expectations. According to CNBC, Alphabet’s revenue increased 32% to $75.33 billion — $3.17 billion more than expected while its earnings per share of $30.69 was 12% above the Refinitiv consensus.

CNBC reported that Google beat expectations in many key lines of business:

MarketWatch reported that Alphabet did not provide first-quarter guidance — which does not appear to be of concern to investors.

Alphabet leads in digital advertising and its expanding its share of the cloud-computing industry in a bid to become less dependent on the latter.

For investors eager to see how Alphabet will offset that decline, may draw comfort from Google’s strategy for increasing its share of the $164 billion cloud-computing industry. According to the Wall Street Journal, Google trails — with 6% of the market — behind Amazon (41% share) and Microsoft (20%).

Yet Google’s 45% revenue growth rate compares favorably to what Synergy Research estimates is the industry’s 27% growth. Google’s investment in CME Group and other cloud-computing customers helped it book long-term cloud contracts. “However, the costs contributed to the cloud business reporting a $1.45 billion loss for the period,” according to the Journal.

Alphabet has another advantage when it comes to boosting its stock price — most people in the world use its services many times a say. Those satisfied customers might be inclined to follow the dictum of Fidelity Magellan ex-honcho, Peter Lynch, and invest in what they know.

Sadly, that has been difficult in the last several years because of Alphabet’s high stock price. But that problem could be alleviated through Google’s plan for July 15 “a 20-for-1 stock split in the form of a one-time special stock dividend,” according to Bloomberg.

That would bring the price per share down to around $140 — where the stock has not been since 2005. As Ed Clissold, chief U.S. strategist at Ned Davis Research, told Bloomberg “Institutional investors can buy in size and the price per share doesn’t matter. But for a smaller investor, a lower price-per-share makes it easier for them to buy a reasonable number of shares.”

The split could boost the odds that Alphabet shares will be added to the Dow Jones Industrial Average which could bring far more capital into the stock. As Bloomberg explained, the DJIA is a price-weighted index and a four-figure stock price makes a company’s stock price too high to add it to the index, “without it overwhelming all the other members.”

Morningstar says that Alphabet stock trades 31% below its fair value estimate of $3,600. Senior Equity Analyst Ali Mogharabi is optimistic about its potential for profitable growth citing expansion in “search advertising, further YouTube monetization thanks to the strengthening of its network effect moat source, and acceleration of Google cloud growth.”

While he warns of lower margins in 2022 due to “aggressive investment in cloud offering,” he expects a return to margin expansion in 2023.