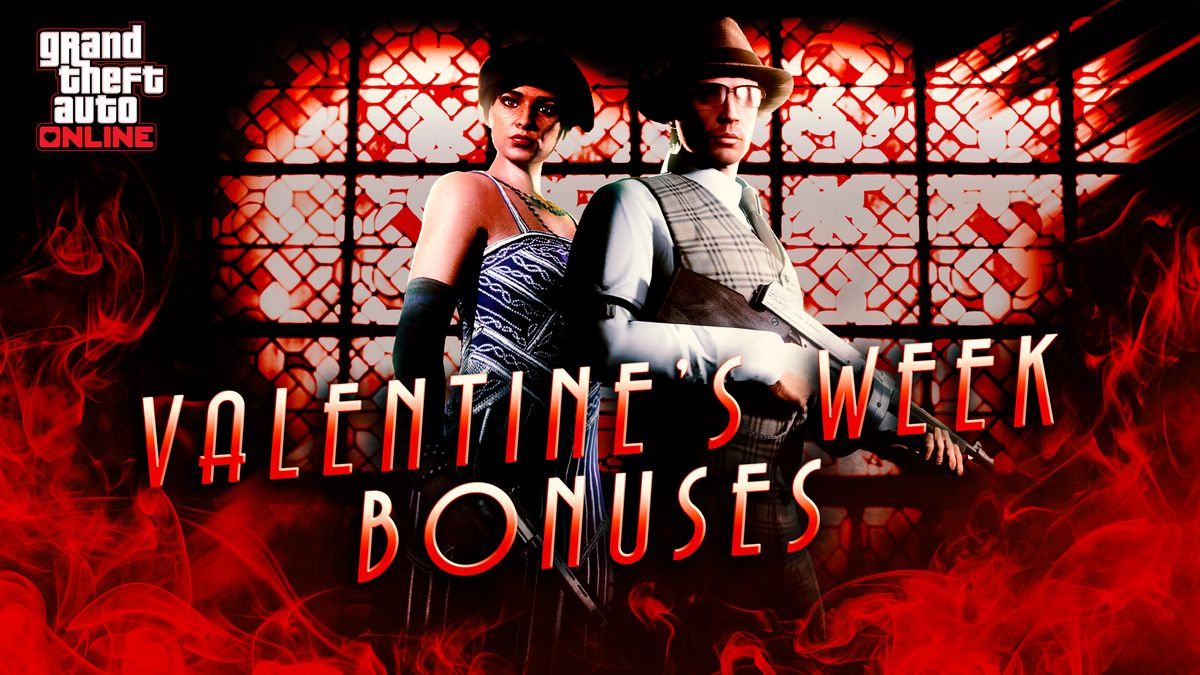 GTA Online has announced a number of new vehicles, discounts and boosted rewards available as part of its Valentine’s Day event.

Rockstar has released details of the new items and rewards on offer to celebrate Valentine’s Day in GTA online.  Players who log in during the week of the 14th will receive a “The Many Wives of Alfredo Smith” T-shirt automatically. Those interested can also pick up red, pink and white weapon tints for free, as well as Valentine’s Day Massacre Special clothing, and players who visit Ammu-nation can pick up the prohibition-era Gusenberg Sweeper free of charge. You can also spin the Lucky Wheel for free at The Diamond Casino and Resort. As ever, Prime Gaming members will also pick up 100K if they log in.

There are also bonus rewards for different jobs during the week. In the spirit of Valentine’s Day, both ‘Till Death Do Us Part’ missions – where you and a partner regenerate health when close by, but also die when the other is killed – and ‘Shotgun Weddings’ – shotgun based death matches which take place in the chapel – will offer triple GTA$ and RP next week. Casino Story Missions and Casino Work also offer triple rewards.

On top of that, there’ll be the standard discounts on certain property and vehicles. The Diamond’s Master Penthouse is 20% off with 30% off all customisation. Players can also purchase the following vehicles for up to 40% off their regular price: the Albany Roosevelt Valor, the Dewbauchee JB 700, Dewbauchee JB 700W, Vapid Retinue Mk II, Vapid Peyote, Vapid Peyote Gasser, and Declasse Drift Yosemite.

A few limited items will be making a comeback. The Pink Diamond which has an almost 1.5million value on hard mode will be available to steal from El Rubio’s compound. Also, the limited edition Gallivanter Baller ST is now freely available to purchase from Legendary Motorsport.

It’s been over a month since Dr. Dre’s VIP Contract was released, and rewards from the update are now opening up. Firstly, the six songs Dr Dre Songs made exclusively for GTA Online are going to be available on Apple Music and Spotify. Further, players who haven’t completed the extra content will be able to receive the double money and RP on Short Trips previously reserved only for those who had.

You can check out the Rockstar Newswire to see the full list of changes and weekly discounts.