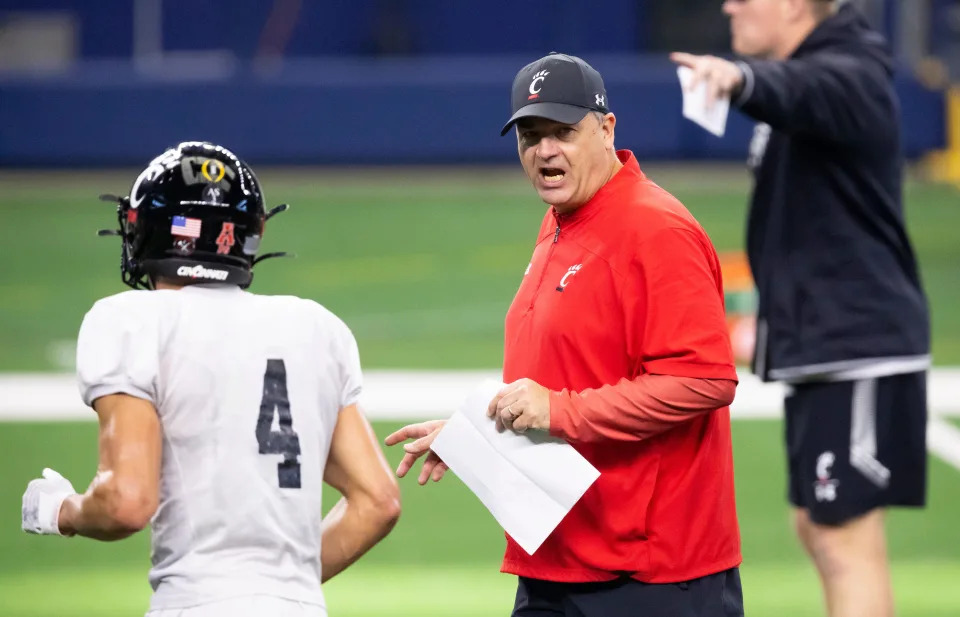 Denbrock, the former offensive coordinator at Cincinnati, will make $1.3 million in the first year, $1.4 million in the second and $1.5 million in the third. If LSU qualifies for a bowl game, Denbrock will make an additional $15,000 and another $100,000 if the Tigers win the national championship.

House, who was the Kansas City Chiefs’ linebackers coach before joining Brian Kelly’s staff at LSU, will earn $1.8 million in Year One, $1.9 million in Year Two and $2 million through the remainder of the contract. House would receive the same bowl game and national championship bonuses as Denbrock.

Neither contract has been approved by LSU’s board of supervisors, though it’s expected to happen.

LSU’s loss to Kansas State in the Texas Bowl on Tuesday was the final game of Jones and Peetz’s tenures. LSU finished 6-7 this season, its first losing season since 1999.

Denbrock spent seven years at Grand Valley State under Kelly in the 1990s before spending seven seasons with him at Notre Dame from 2010-16. The former Cincinnati offensive coordinator was with the Bearcats for five seasons before LSU announced his hiring Jan. 2.