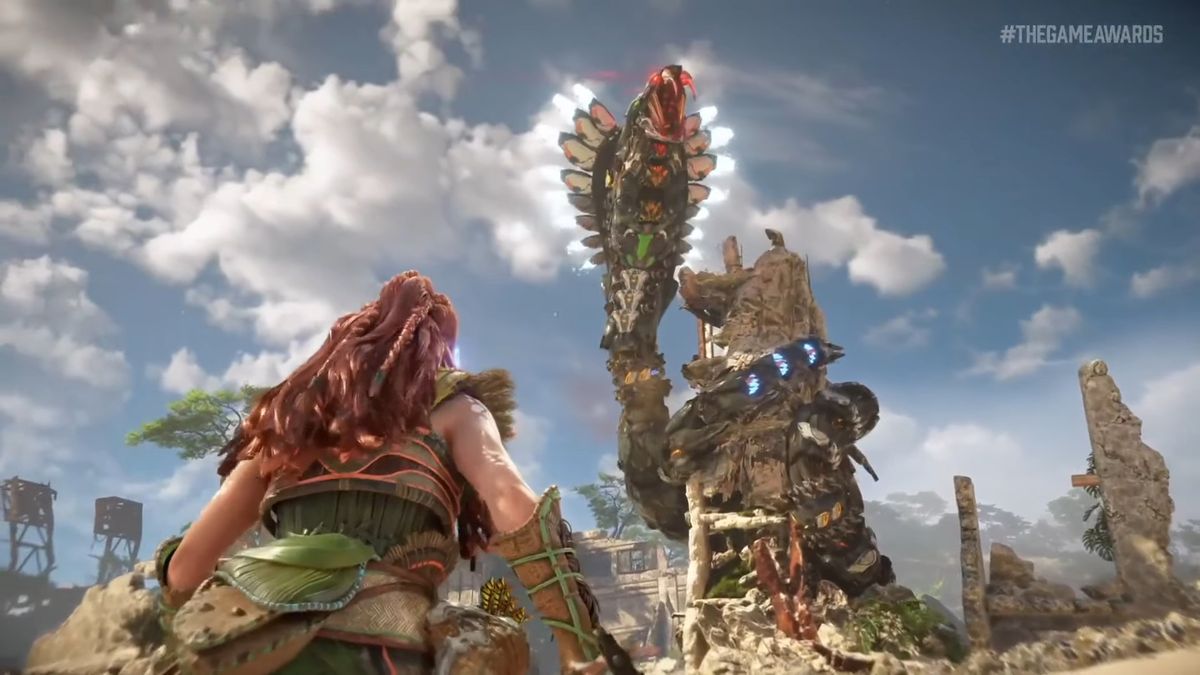 Horizon Forbidden West pre-load on PS5 and PS4 begins today, ahead of next week’s release on February 18.

It’s been about five years since the release of Horizon Zero Dawn, and now our Aloy is almost back. However, some players are confused about how to get the game ready for launch. With the pricing, upgrades, and how to pre-load your game all a little bit confusing, here’s everything you need to know.

Pre-loading can start from today February 11, so let’s talk about game sizes. For PS5, the Japanese version is the smallest at around 84GB, the North American version clocks in at about 88GB, and the biggest of all the European version is over 97GB. We currently don’t know the reason for the varying sizes, but be wary of this when clearing out disc space. Those playing on PS4 can expect their version to be around 8GB smaller than their region’s PS5 copy.

Many were also confused about the two versions offered on the PlayStation Store. The cheaper version which is £59.99 ($59.99) offers “Horizon Forbidden West (PS4). Digital upgrade to PS5 version”. While the more expensive £69.99 ($69.99) version offers “Horizon Forbidden West PS4 & PS5.” As both versions come with both the PS4 and PS5 copies, it’s confusing what you get for your extra money.

Essentially, if you only have a PS4 right now, even if you are planning to buy a PS5 in the future, go with the cheaper version as it makes no difference to you. However, if you already have a PS5 then the price difference will depend on how soon after launch you want to play. Those who purchase the more expensive version can pre-load Horizon Forbidden West to their PS5 right now. However, if you don’t mind waiting the time to download, the cheaper version will allow you to start loading the game on launch.

Those looking to get more out of their consoles can take a look at our list of upcoming PS5 games.