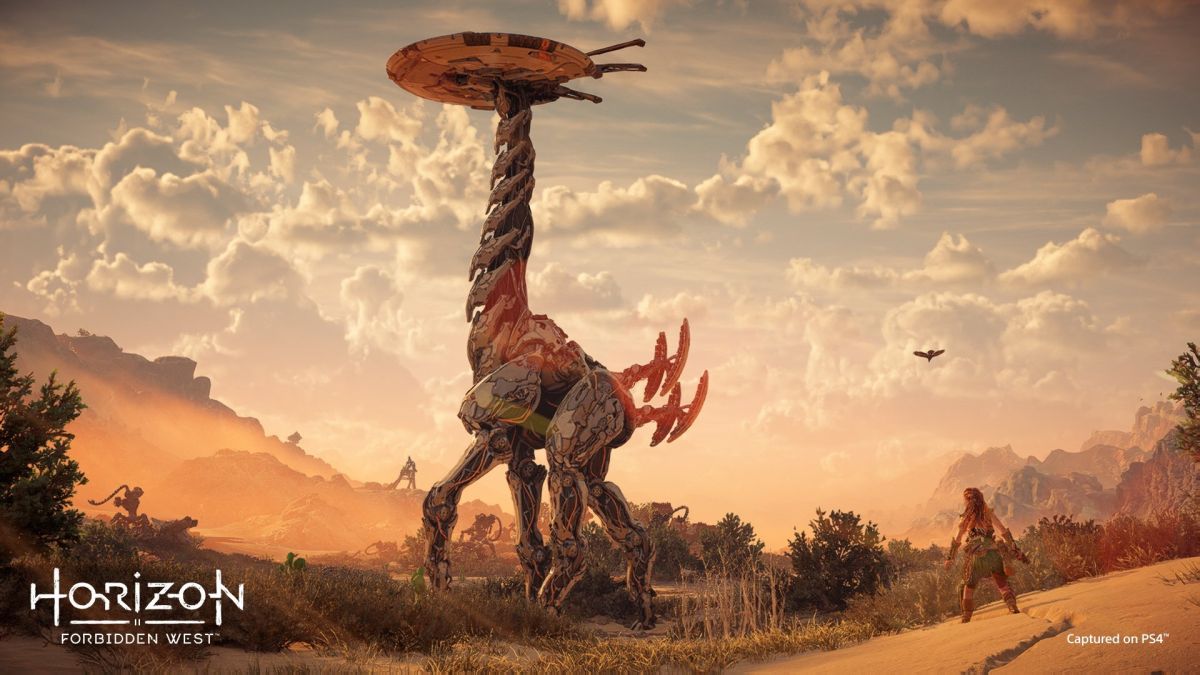 Footage of Horizon Forbidden West running on a base PS4 looks almost as good as the PS5 version.

Shared to the official PlayStation Twitter account, the new footage shows Aloy walking around what looks like the same area that the PS4 Pro footage showed off a few weeks ago, and it looks just as stunning. It’s worth noting, however, that while this PS4 footage does look very pretty, this moment will have been picked out especially. The lack of combat also means it’s not entirely indicative of how the base console will stand up to the upcoming sequel.

Just like the recent Horizon Forbidden West PS4 screenshots that Guerrilla released, it’s obvious the Horizon Zero Dawn sequel has no problem running on the previous-gen console, which is even more impressive when you remember the base PS4 console is now nine years old.

It’s no surprise that both the PS5 and PS4/Pro versions of the game look exceptional, considering Guerrilla has said that Horizon Forbidden West PS4 was a major part of development. According to an interview with some of the game’s devs, the PS4 version of Horizon Forbidden West will still look fantastic, however, those who choose to play it on PS5 instead can still expect graphical improvements on the next-gen version.

As we get closer and closer to Horizon Forbidden West’s release date of February 18, we are seeing more and more information come out about the game – some of which is official and some which has accidentally been revealed ahead of time. Last month some of the cast for the highly-anticipated sequel was revealed; joining Ashly Burch’s Aloy will be Angela Bassett as Regalla and Carrie Anne Moss as Tilda.

If you really can’t wait to find out more about Horizon Forbidden West and don’t care about having any of it spoiled for you, there has also been a recent leak that reveals a long-awaited feature is coming to the game. However, if you don’t want to find out what it is, consider this your official spoiler warning.

Want to find out what else you can look forward to playing this year? Take a look at our upcoming PS5 games list.