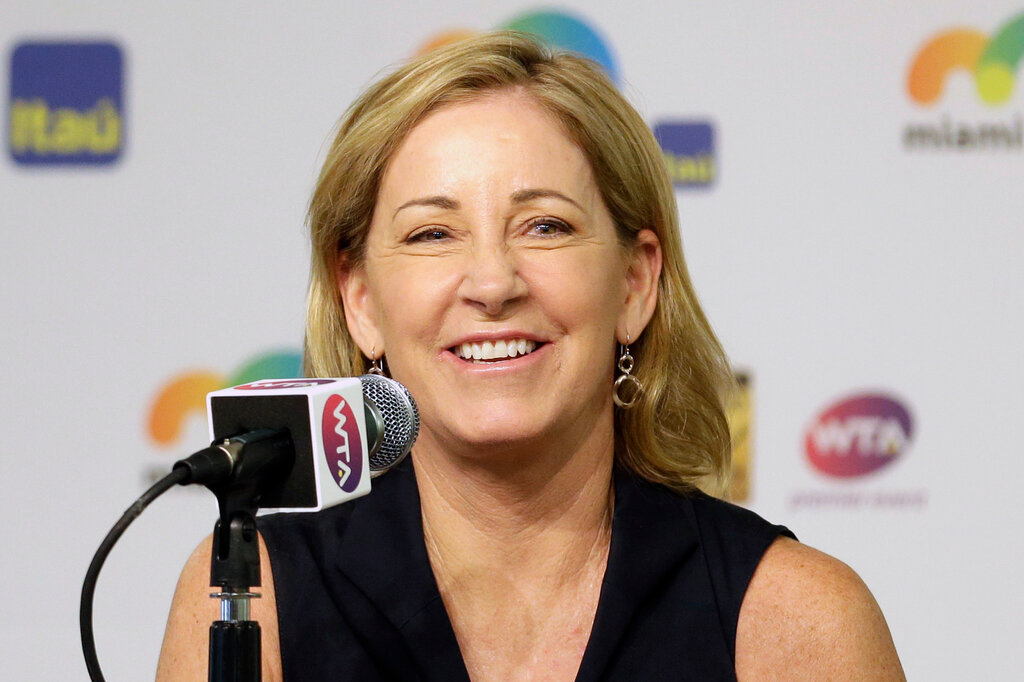 The early-stage cancer was detected after a preventive hysterectomy, and it has not spread elsewhere in her body, according to ESPN.

The former tennis star Chris Evert, an 18-time Grand Slam singles champion, has an early form of ovarian cancer, she said Friday in a story posted on ESPN.com.

The stage 1C cancer was detected after a preventive hysterectomy, and it has not spread elsewhere in her body, according to the story. Ms. Evert, 67, who began the first of six rounds of chemotherapy this week, is an analyst for ESPN.

The cancer was removed during the hysterectomy, and there is a greater than 90 percent chance it won’t return, according to the story.

“I’ve lived a very charmed life,” Ms. Evert said in the story. “Now I have some challenges ahead of me. But, I have comfort in knowing the chemotherapy is to ensure that cancer does not come back.”

A representative for Ms. Evert did not immediately reply to an email late Friday.

Ms. Evert is one of the most celebrated players in tennis history. She became the first player, male or female, to win 1,000 singles matches and was ranked first or second in the world from 1975 to 1986, according to the International Tennis Hall of Fame.

Dr. Joel Cardenas, a doctor for Ms. Evert, said in the story that an early diagnosis is more likely if a patient is current on doctor visits, understands her family history and has a good relationship with her gynecologist.

“Women should know the risk factors, too — endometriosis, history of breast cancer and infertility are among them,” he said. “The average age for ovarian cancer diagnosis is 63.”

Genetic testing and counseling are encouraged if a patient has a family history of ovarian cancer, Mr. Cardenas said.

Ms. Evert’s younger sister, Jeanne Evert Dubin, also a professional tennis player, died of ovarian cancer in February 2020 at age 62. Ovarian cancer can run in families, and one’s risk is increased if a mother, sister or daughter has had the disease, according to the American Cancer Society.

Ms. Dubin was with Ms. Evert as the pair rushed through an airport in October 2017 when the older sister noticed Ms. Dubin was out of breath, according to the ESPN story. Shortly after that, a doctor detected ovarian cancer in Ms. Dubin. It was in a late stage and had spread.

“When I go into chemo, she is my inspiration,” Ms. Evert said. “I’ll be thinking of her. And she’ll get me through it.”