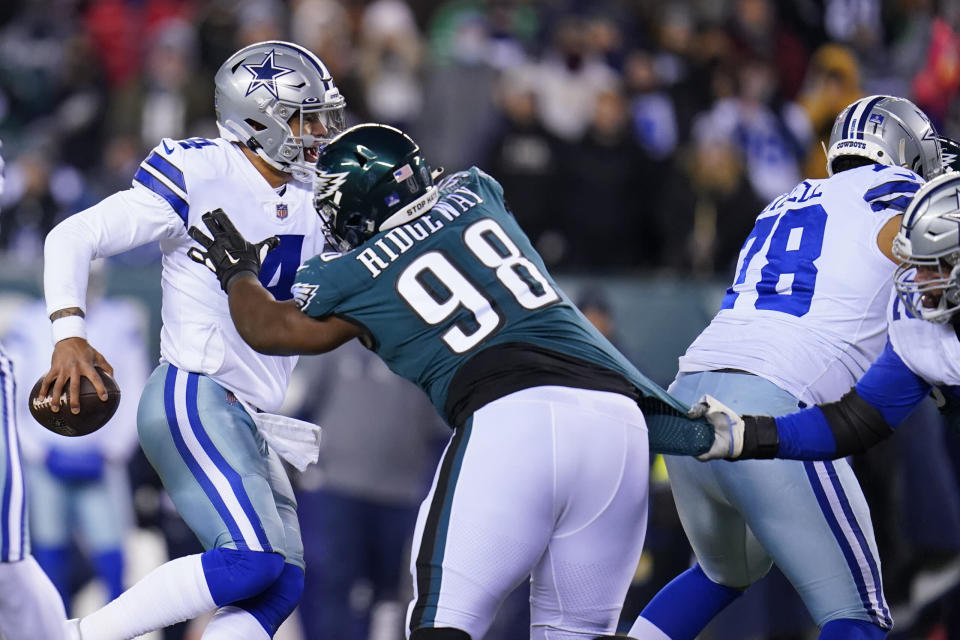 The Cowboys got their groove back, while the Eagles avoided any serious injuries to key players as Dallas rolled to a 51-26 road win on Saturday night.

Philadelphia had 11-key players at home via the COVID-19 list and made another 10 players inactive as Nick Sirianni looked to simply get some younger guys more reps while keeping his team healthy for a wild card matchup that means more.

With the regular season now over for the Eagles, here’s an instant analysis from Saturday night’s loss.

We predicted a standout performance from Williams and he lived up to the hype.

Hogging all the reps to himself, Williams was disruptive, logging 3 tackles, 2 tackles for loss, 1 QB hit and 2 passes defended.

Prescott completed 21 of 27 passes for 295 yards and a career-best five touchdowns, with two of those scores going to the underrated Cedric Wilson.

Prescott stayed in the game long enough to toss touchdown No. 37, breaking Tony Romo’s franchise record of 36 set in 2007.

Eagles strength is in their starters

If there is any defensive depth, it’s along the defensive line, but if Darius Slay, Avonte Maddox, or T.J. Edwards suffers a significant injury, the Eagles are in trouble.

The Cowboys gained 475 yards and scored on eight of nine possessions, in beating up on the Eagles 51-26.

Yes, it was 17 games, but Smith should be applauded for amassing the 916-yards that help him move past DeSean Jackson into the top spot on Philadelphia’s single-season receiving record for a rookie.