Jena Sims journey to make her own mark in golf 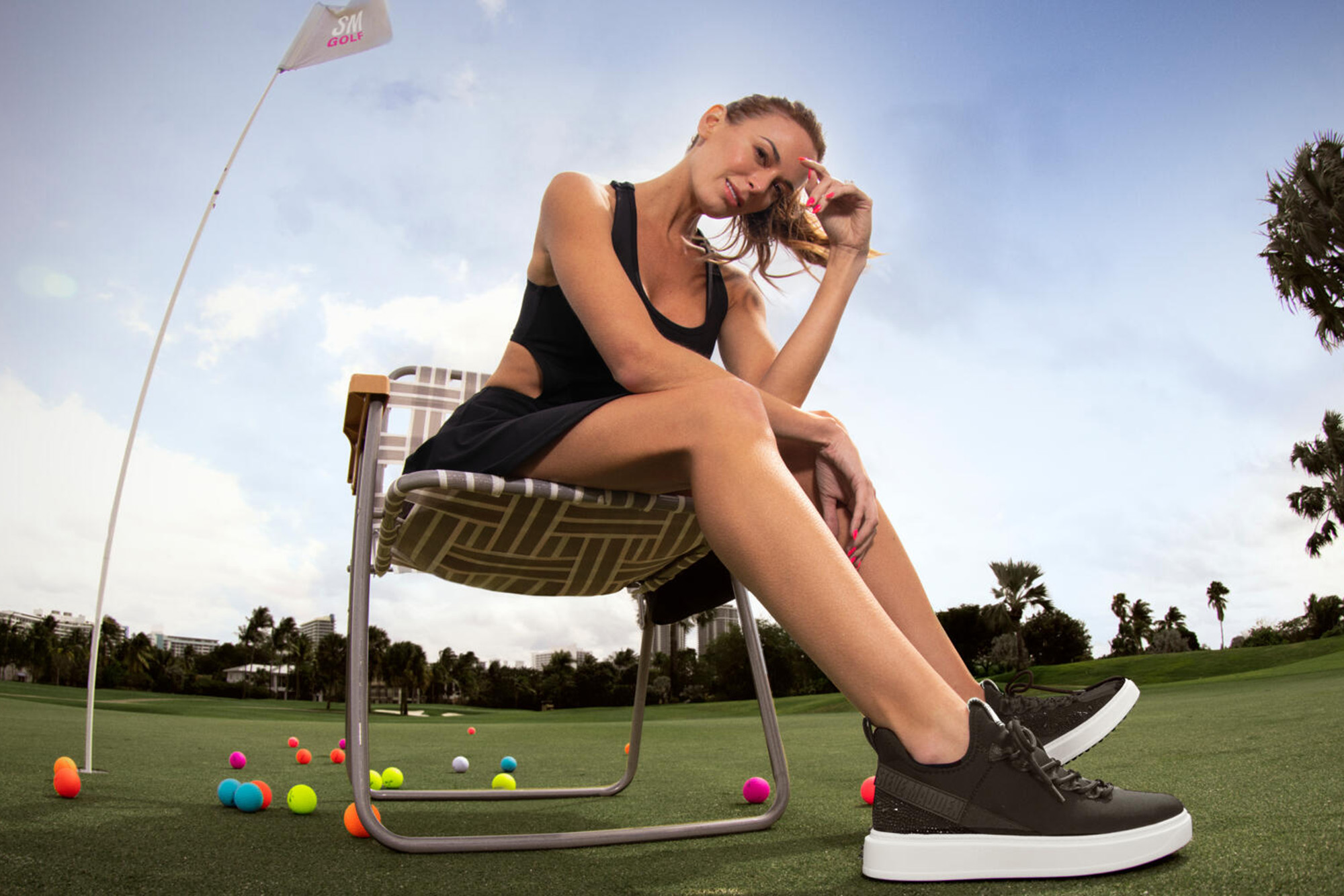 A Georgia native, the 33-year-old actress and philanthropist grew up watching golf, including the Masters, where Koepka, 32, will compete for his first-ever green jacket beginning Thursday.

“My dad is a big golfer, and I remember when he got his first hole in one. He won a car when I was younger, and I was like, ‘This is so cool!’” Sims tells The Post. “But the Masters was always a big tournament for our family, cause we would do a pool where we would each draw four names… a lot of my memories with my dad involve golf in some way.”

In recent years, Sims has been traveling to different tournaments around the world to support Koepka, to whom she’s been engaged since March 2021. The Pageant of Hope founder frequently shares her looks from golf events on Instagram, where she boasts over 246,000 followers, not to mention her curated lists of fashion picks on the style website Revolve.

For the 2022 Masters, however, Sims will be sporting an accessory that’s been months in the making: Her shoe collaboration with Steve Madden. Featuring three different styles — the namesake Jena, which features bold colors and rhinestones; the Fore, which has been heralded as a more traditional golf shoe; and the First-T, a golfer’s take on Steve Madden’s highly popular Maxima sneaker — Sims says she’s excited about “dipping [her] toes in the water of golf fashion.”

“You can wear them to play golf or you could just wear them to go watch golf, which is how I will be utilizing them cause I don’t play golf,” Sims said of the shoes, which retail between $99 and $130.

Although Sims’ latest style venture just launched this week, she’s already looking ahead to what the future may potentially hold.

“One of my big goals is to break more into golf fashion because my posts on Instagram, they’ve really taken off because people like to see what I wear to golf tournaments because that’s my number one question in my DMs — other than anything about Brooks — the number one question about myself is like, ‘I’m going to the Masters this weekend, what do I wear?’” Sims explains.

Having followed Koepka on the tournament circuit for the past five years, Sims has gotten a feel for what outfits work best for each event.

“I’ve kind of dialed in tournament wear, and I’ve learned each city, and each event, or even the time of year, some are more dressier than others and some aren’t,” she said. “I think it’s pretty cool that that’s how I connect to my female audience is more fashion advice and fashion tips, and of course, relationship advice.”

Beyond style advice, Sims has also been sharing snippets on social media about her upcoming destination wedding to Koepka, whom she first met at the 2015 Masters.

“I think we’re so similar in that we’re both kind of non-traditional people, so our first dance is going to be like a hip-hop song,” Sims said.

Despite busy schedules, Sims says she and Koepka have been working as a team in the planning process.

“He’s been on all the Zooms, because we have Zooms with the local florist, the hotel, and he’s been there for everything,” Sims said. “It’s fun to be a teammate with him on this.”

Though looking forward to their big day — and a European honeymoon after the British Open in July — Sims notes that she and Koepka are not getting too wrapped up in certain wedding details.

“We’re not too hung up on just the extravagance, we want — at the end of the day, we’re marrying each other, we already feel like we’re married,” she said. “We just want everyone to have a good time, and not stress about some of the big details.”