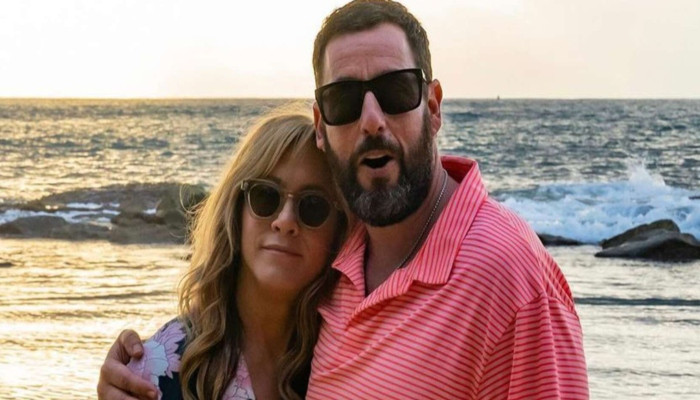 Jennifer Aniston and Adam Sandler have taken some time out to enjoy the picturesque view of Hawaiian beach as the pair is up to solve another, twisted murder mystery!

While Aniston and Sandler have officially begun the filming of the sequel to their hit 2019 comedy, Murder Mystery, they recently gave fans a glimpse into their fun-filled routine from the sets.

Taking to their respective Instagram handles on Monday, the Just Go With It couple shared a behind-the-scenes photo and leaving fans excited.

In the shared picture, Aniston and Sandler can be seen posing in front of the stunning Hawaiian beach. Keeping her style game high, the Morning Show actress captioned the picture, “Back to work with my buddy.”

The second slide of the post was a BTS video of cast and crew having fun on the Bizarre Love Triangle tune, including the First 50 Dates actor, who was seen throwing up two peace signs.

For the sequel, Aniston, 52, and Sandler, 55, reprise their roles as Audrey and Nick Spitz, a married couple, who solve the mysterious murder happened aboard a billionaire’s yacht in the 2019 release.

The plot of the sequel is currently under wraps and no release date has been announced yet.