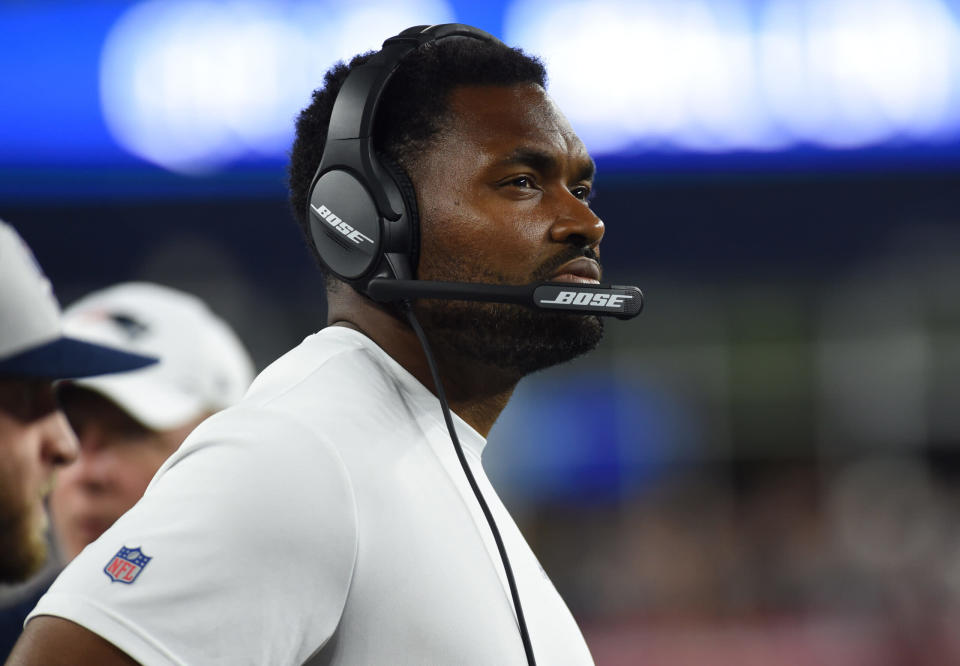 With the Chicago Bears expected to fire head coach Matt Nagy after this season, a New England Patriots assistant has risen a head-coaching candidate. On Friday, Sports Illustrated’s Albert Breer mentioned inside linebackers coach Jerod Mayo as a potential candidate to succeed Nagy.

Mayo is currently the inside linebackers coach for New England. He has held the position for three seasons. He has expressed interest in someday being a head coach, saying as much in November. Now he is on a short list that includes veterans in the coaching field.

In addition to bigger names like Jim Harbaugh and Sean Payton, Colts defensive coordinator Matt Eberflus was also listed as a potential candidate.

“I’ve heard a few younger candidates that project as leaders, like Patriots LBs coach Jerod Mayo and Colts DC Matt Eberflus, will be in the mix, too. (Obviously, for these types, a plan for developing Justin Fields will be important.)”

As the Patriots venture into the playoffs, Mayo may see his stock continue to rise.