Jesse Watters: Biden was never the ‘blue-collar’ candidate the media made him out to be, 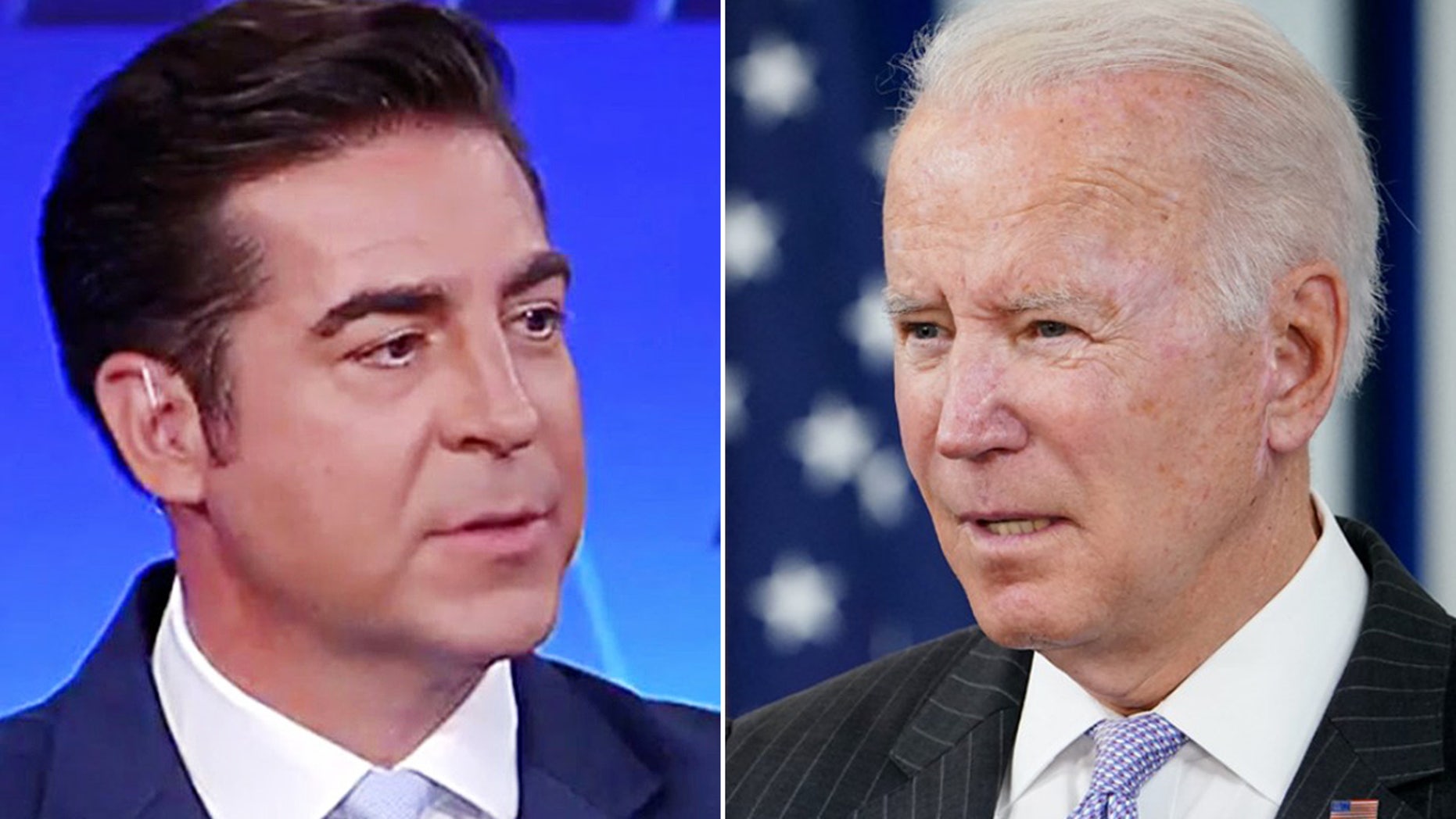 Jesse Watters: Joe Biden has proven himself ‘defective’ and the media are ‘pulling him off the shelves’

On Tuesday, the host honored his pledge, offering a fresh take on the country’s dissatisfaction with President Biden and the media’s role in deliberately misrepresenting him to the American people with colorful analogies in typical Watters fashion.

“Most of you women watching have been on a blind date,” Watters began. “You know what it’s like, your friends get you all excited about this mystery guy. They talk him up, tell you is he funny smart handsome and interesting…then you show up. And instead of sitting down for dinner with John Stamos you realize you are eating with Michael Moore…and somewhere in between your salad and steak you realize you have made a terrible mistake.”

“Now, that’s essentially what happened to America with Joe Biden,” Watters said. “The media spent the last few years serving as Biden’s hype man, promising us he’s a moderate, that he’s a great union fighter bring the country back together. Confident and calm. They insisted we were the perfect match because Joe was blue-collar Biden, America always loves a working-class hero. So the media turned Joe into one.”

Watters pointed to a video montage of Biden proudly touting his Scranton, Pennsylvania roots during the 2020 campaign in an effort to appeal to working-class Americans. What the media won’t tell you, said Watters, is that Biden moved to Delaware with his family at the age of 10 and has lived there since.

“The Biden family balance sheet has always been full of questionable details. But the media doesn’t care to look into it because it destroys their narrative. Biden is just a product they sold to beat Trump,” Watters said. “And now that product, Joe Biden, is defective, and they are starting to pull him from the shelves.

“They told us Biden was calm, cool and collected, and a wise man with a steady hand. But he has shown us that he is anything but.” FOX NEWS.