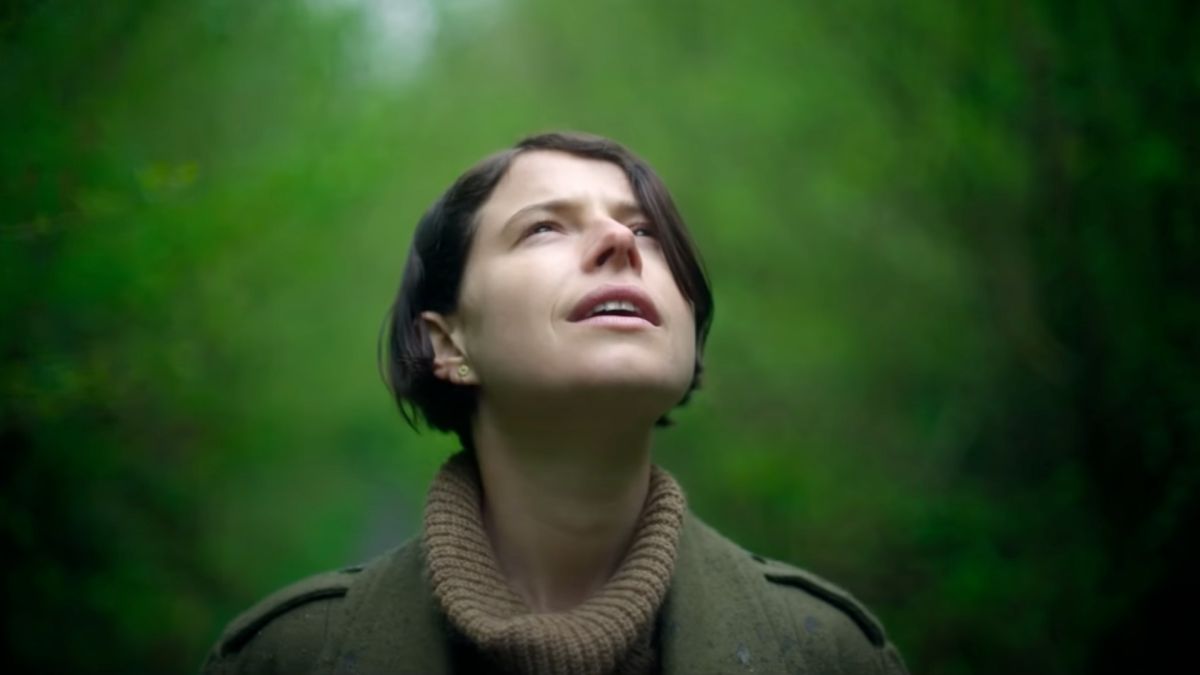 Alex Garland has a knack for chilling horror. Ex Machina showed the terrors of artificial intelligence, while a mysterious quarantine zone caused chaos in Annihilation. Now, the filmmaker returns with the mysterious new horror Men, and we’re not sure exactly what’s haunting Jessie Buckley’s character.

The movie’s trailer starts with Buckley looking down a long, murky tunnel. Something’s wrong. We cut to a church, then Buckley screaming at a man standing outside, apples fall from a tree, a shadowy figure stands in the distance, a man reaches through her letterbox, someone’s at the end of the tunnel. It’s a trailer built to create a bewitching, tense mood.

Men was first announced back in January 2021, when Buckley – nominated for an Oscar for her role in The Lost Daughter – joined the cast. Her character was, at the time, described as a woman going on a solo holiday to the English countryside after the death of her ex-husband. Rory Kinnear (perhaps best known for playing M’s chief of staff Bill Tanner in Daniel Craig’s James Bond movies) is also on the cast list, alongside I May Destroy You’s Paapa Essiedu.

Buckley has previously starred in Charlie Kaufman’s I’m Thinking of Ending Things, as well as the TV shows Fargo and Chernobyl. Garland – also known for penning the screenplays for dystopian movies like 28 Days Later and Never Let Me Go, along with the TV show Devs – will also act as producer.

While we wait for more updates on Garland’s latest offering, check out our list of the best sci-fi movies you can watch right now.