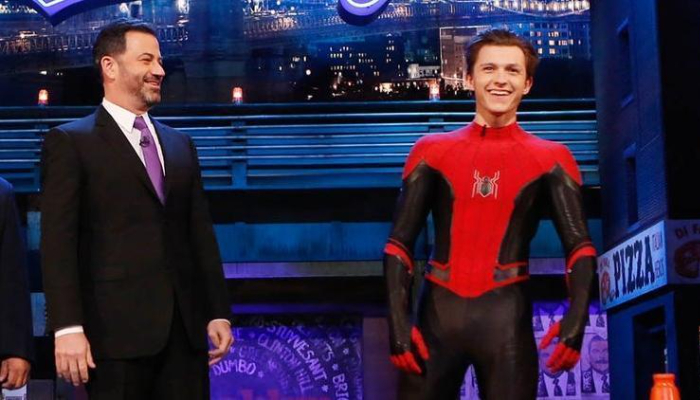 During his show Jimmy Kimmel Live!,  he burst out on Oscars for leaving out Spider-Man, calling it ‘the biggest snub’.

“The biggest snub in my opinion, I am actually even angry about this I am embarrassed to say, is the unforgivable omission of Spider-Man: No Way Home,” he said.

Kimmel showed his disappointment and continued, “How did Spider-Man: No Way Home not get one of the 10 nominations for the best picture?”

He added, ““Forget the fact that the movie made $750 million and is still going. This was a great movie. It wasn’t in the top 10 best movies of the year? There were three Spider-Men in it.”

The show host went on to  criticize the inclusion of Adam McKay’s Don’t Look Up.

“You are telling me Don’t Look Up was better than Spider-Man? It most certainly was not.”

According to Kimmel, McKay’s film scored a nomination at the Oscars because of it’s star-studded cast.

“You want to know what happened? Voters looked at the list and saw the names Leonardo DiCaprio and Meryl Streep and they checked the box and then they put their kids in the car and went to see the movie Spider-Man. and they loved it! But they didn’t vote for it.”