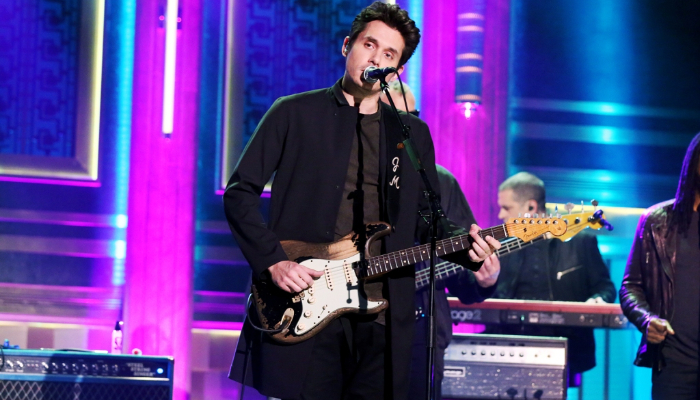 John Mayer spoke sparingly during his Super Bowl week concert, but the singer let his music do most of the talking – until one moment when he made sure a concertgoer was safe, reported The Associated Press.

Mayer performed a series of his songs Wednesday night from Last Train Home to Wild Blue as the headliner at the SiriusXM and Pandora’s Small Stage Series.

The concert was going smoothly until Mayer stopped the show after he noticed that a woman lost consciousness in the crowd.

He was in the middle of performing Slow Dancing in a Burning Room before he calmly paused the music and asked about woman’s wellbeing.

As the lights came up, Mayer told the crowd he would momentarily step off stage before the woman was safely escorted out in a wheelchair.

When Mayer returned, he told the audience: “Anyone in the crowd who was worried, I’m told she waved goodbye, so she’s OK. The system works. Thank you very much.”

Mayer resumed his show with his hit song Waiting on the World to Change. He performed for another 30 minutes before he closed out his set.

The Grammy winner asked attendees if his show was their first during the pandemic and many within the crowd screamed “Yes.”

He thanked the first-time pandemic concertgoers before he went into Love on the Weekend, a hit from his 2016 album The Search for Everything.

“After a couple years, with so many changes and so many new things to watch and read and listen to and play, you still came out to see this show. That means a lot,” he said.

Small Stages – which launched in August 2021 — has had some success so far during the pandemic with past performances by Alicia Keys, Ed Sheeran, Coldplay, H.E.R., Brandi Carlile and J. Cole. – AP