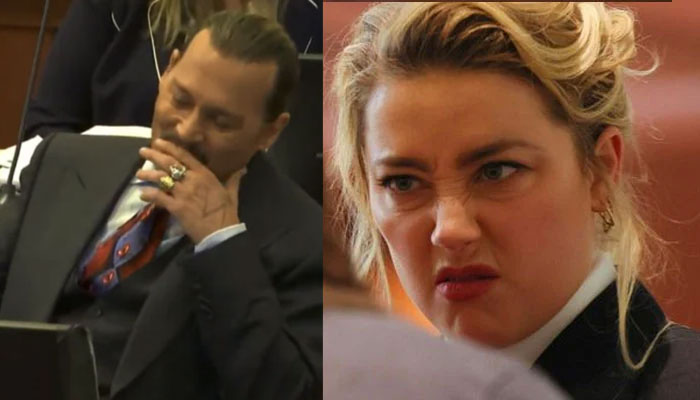 Legal experts are of the view that in addition to witnesses and evidences, Johnny Depp and Amber Heard’s expressions in court could play a huge factor in verdict.

A well-known Virginia attorney Lee Berlik told Daily Mail that the Pirates of the Caribbean star could appear ‘unsympathetic’ to the jury because of his smart comments and jokes in the court.

“In Fairfax, Virginia we don’t get a lot of celebrity trials,” Berlik told the outlet.

“In a normal case where nobody knows the parties and you have somebody suing his wife for $100million, you don’t want to see that person giggling and chuckling to himself and making (expletive) comments on the witness stand,” he explained.

“You want the jury to sympathize with your client and they have to be likeable for that. If you’re acting like this is just fun and games that could turn a lot of people off,” he added.

“But I don’t know how Johnny Depp being Johnny Depp changes that. Normal people aren’t met by 100 screaming fans as they enter the courtroom. I think it will turn some people on the jury off but will it turn all of them off?” Berlik continued.

“Amber Heard was sitting up straight and focused on Depp and making a neutral expression but online people have been saying she’s giving him the evil eye.,” he added.

Moreover, another defamation trial expert attorney Steven Krieger told the outlet, “It wouldn’t surprise me if there was at least one juror who found each of their reactions to being inappropriate or not credible or in some way negative.”

“As for Depp, you don’t want to appear to a jury that you’re making jokes, snickering, or not taking this seriously,” he added.

“As for Heard, you don’t want to be staring straight ahead with a deadpan expression on your face. Both should be trying to appear sympathetic, humane, and like the victim.” Krieger said.