Why Junior Siavii was in prison? Before Death [Look at Full story] 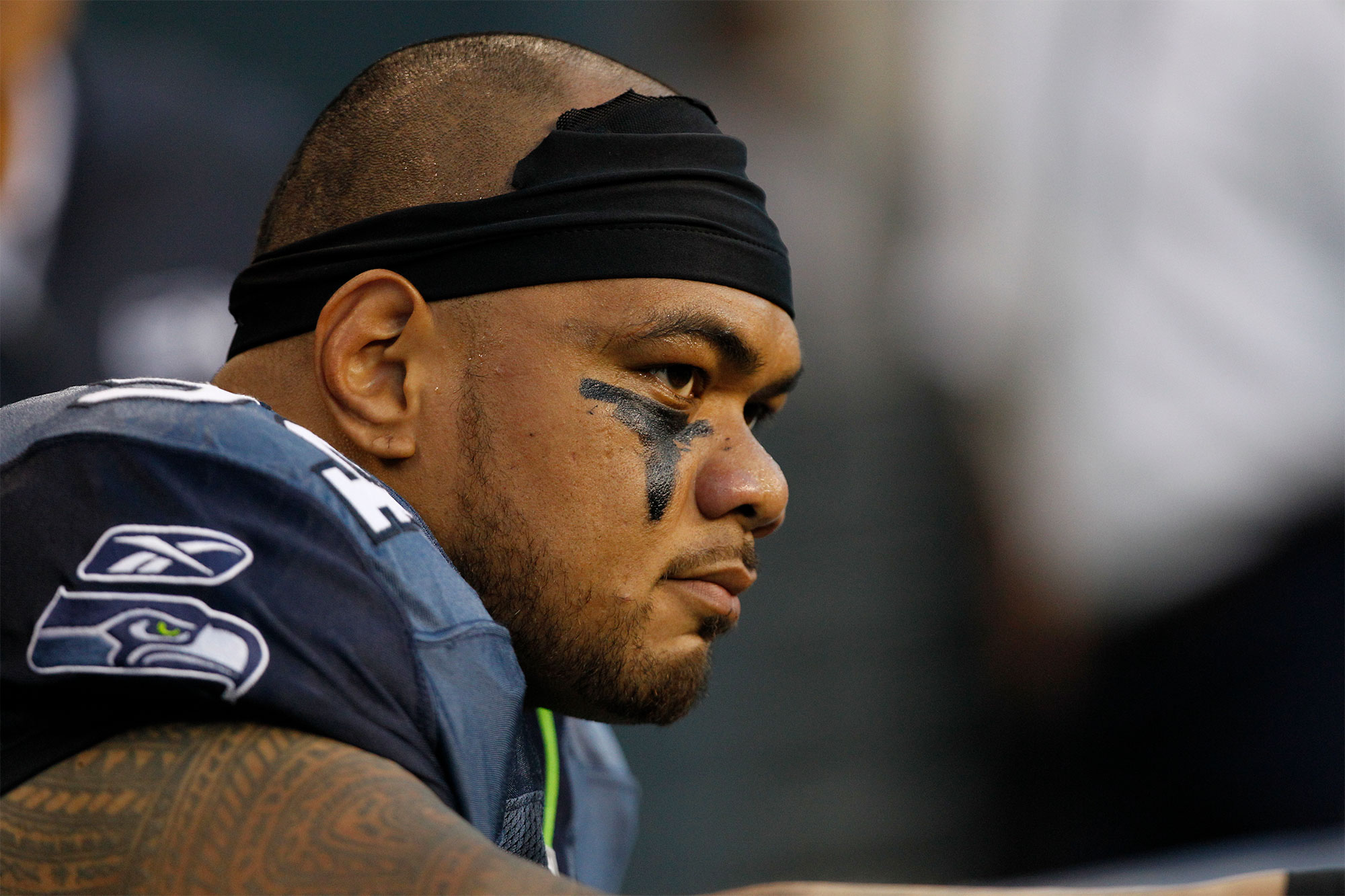 For more than two years, ex-Chiefs player Saousoalii “Junior” Siavii, who died Thursday and was found unresponsive in a Leavenworth prison, had been awaiting trial on federal criminal charges related to drug trafficking and illegal firearm possession.

The 43-year-old former defensive tackle faced three felonies after an arrest by Independence police roughly two-and-a-half years ago that followed a series of other run-ins with local law enforcement. While incarcerated, Siavii was charged with additional crimes, including a conspiracy to distribute 500 grams or more of methamphetamine.

The criminal accusations marked a stark departure from his career as a pro football player who came to Kansas City as the 36th overall pick in the 2004 NFL Draft. Siavii appeared in 26 games with the Chiefs in 2004-05, but never made a start, and later played for the Dallas Cowboys and the Seattle Seahawks.

Knee injuries interrupted his NFL career. He eventually settled in Independence, where he remained a resident near other family members living in the Kansas City area.

Siavii was found unresponsive Thursday afternoon in the U.S. Penitentiary at Leavenworth, a medium-security facility, roughly one month after having been transferred into custody there. Prison staff provided emergency medical treatment on Thursday before he was taken to an area hospital, where he was pronounced dead, Anna Armijo, a spokeswoman for the U.S. Bureau of Prisons, said in a statement Friday.

Few details were immediately disclosed about the circumstances surrounding Siavii’s death, though officials did not initially indicate that there had been any signs of foul play. The prison’s spokeswoman did not immediately return a voicemail from The Star seeking additional information.

On Aug. 24 2019, Siavii was arrested by Independence police after officers responded to a report of a stolen vehicle at a parking lot on U.S. Highway 40. Police confronted Siavii, who allegedly ignored their commands, and he was tasered three times during a struggle with the officers. Siavii fell to the ground and began to resist arrest, police have said. As Siavii started to push himself off the ground, a loaded Smith and Wesson 9mm pistol fell in front of him.

Officers searched a backpack that contained a small amount of methamphetamine and marijuana, according to court records.

The incident came weeks after other run-ins cataloged by Independence police, all of which helped make up the basis of the federal complaint that would keep Siavii behind bars until his death.

Over the course of 17 months, Independence police recorded four other instances where they had made contact with Siavii in which he allegedly possessed guns or drugs. In one case he allegedly led police on a high-speed pursuit that exceeded 100 mph.

Steve Cook, a detective who testified, during his preliminary hearing on Sept. 23, 2019, that Siavii had also been connected to a string of burglaries that occurred in Grain Valley, Blue Springs, North Kansas City and Raytown. Cook testified at the time that Siavii’s name had come up “several times” within a report investigating those crimes.

Cook also testified that there had been several contacts with Siavii where police had discovered items often used in drug trade, including packaging materials and digital scales. Siavii had also allegedly admitted to police that he was using methamphetamine personally, court records show.

Assistant U.S. Attorney Robert Smith said at the time that Siavii had shown a failure to comply with law enforcement dating back to 2002.

“This is an individual who possesses guns, who uses guns, and then fights with the police when he’s in possession of firearms,” Smith said, according to a trial transcript.

Siavii was ordered to remain in federal prison, pending the outcome of his trial, by U.S. District Judge Lajuana Counts in September 2019. Counts found, based on evidence presented to the court, that Siavii presented a danger to the community and denied a request by his criminal defense lawyer that he be allowed to post bail.

Two months later, a federal indictment was unsealed accusing Siavii of being involved with a larger local drug trafficking operation. Siavii was charged with eight felonies alongside eight other co-conspirators.

Other charges were later filed in Missouri courts naming Siavii as a suspect in property crimes. Cass County prosecutors charged Siavii with felony burglary and misdemeanor stealing related to a Belton theft in June 2019. Siavii was also charged in Jackson County with felonies of second degree attempted burglary and unlawful use of a weapon.

Siavii spent a large share of his incarceration pending trial in a Leavenworth prison run by CoreCivic, the nation’s largest private prison provider. He was transferred Dec. 17 to the U.S. Penitentiary at Leavenworth, run by the U.S.

Bureau of Prisons, as were all prisoners in that facility run by CoreCivic, following an executive order issued by President Joe Biden regarding private prison contracts. In September, Lisa Nouri, the criminal defense lawyer representing Siavii, noted in a motion seeking another delay of trial, that several issues had stalled proceedings.

Staffing issues within CoreCivic, intensified by the COVID-19 pandemic, had allowed Siavii only one in-person visit with Nouri since she became his lawyer, she wrote.

Other contributing factors to the series of delays referenced in the court record included a large body of evidence — including thousands of pages of Facebook communications involving Siavii and other defendants — and, earlier, obtaining medical information relevant to a history of his physical and mental conditions prior to his arrests. Nouri declined to discuss the details of the case when contacted by a Star reporter on Friday.

Details about the full scope of the local drug trafficking conspiracy, or Siavii’s alleged role, have not been fully revealed over the past two years. The case remains pending for all but one defendant. In June of 2020, Michelle L. Morris pleaded guilty to a single felony count related to the case.

As part of her plea agreement, Morris admitted to playing a minor role in a drug operation that began in July of 2018 and continued through November 2019. During an interview with investigators, Morris allegedly informed them that she had seen Siavii in possession of methamphetamine at least five times during the time frame when she dated Marion McCrorey, another co-defendant.

She told them she had, on four or five occasions, sold between one-eighth and one-quarter of an ounce of meth to Siavii in hotel rooms.