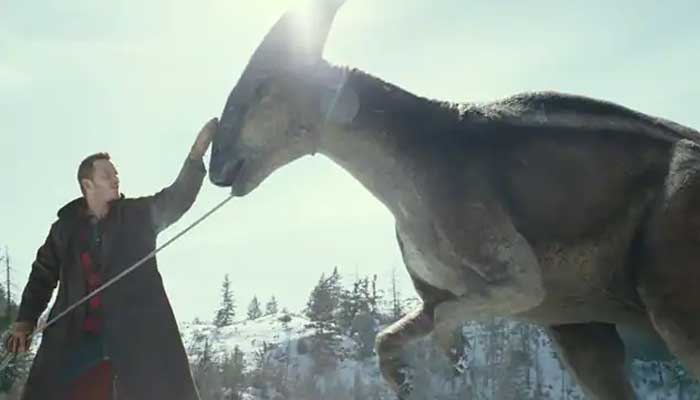 The first trailer of Jurassic World: Dominion is out

Goldblum reprises his original role as Ian Malcolm, while Dern is back as Dr Ellie Sattler and Neill is Alan Grant.

The trailer shows the dinosaurs wreaking havoc in cities as Dern’s character warns: ‘Human and dinosaurs can’t co-exist. We created an ecological disaster.’

Goldblum adds: ‘We not only lack dominion over nature, we’re subordinate to it.’

The new footage shows dinosaurs attacking planes, while another pursues Pratt’s Owen Grady as he rides a motorbike.

Jurassic World: Dominion is set four years after the destruction of the Jurassic World theme park at Isla Nublar, when genetically engineered dinosaurs were auctioned off by companies and released in the human world.