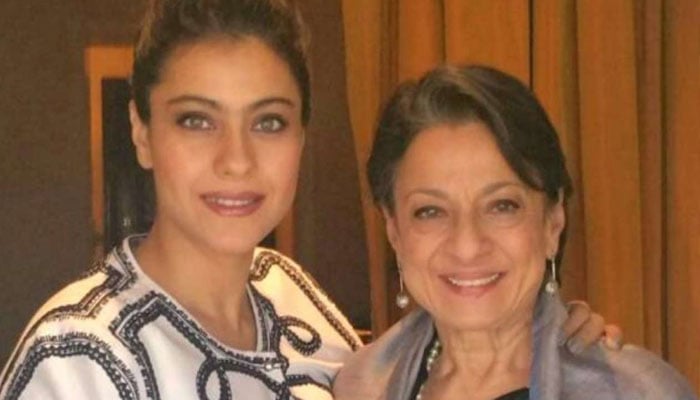 Kajol wrote a beautiful message for her mother Tanuja Samarth  on her 79th birthday.

The actress shared a video on her Instagram, giving a glimpse into the glamorous film career of her mother. She wrote: “She’s completed 70 odd years in the movies and 48 as my mother… through this entire journey never once did i feel anything but safe and loved… so many trials and yet she discussed everything that makes a life worth living with us.”

She went on to say: “From death to compassion to charity to anger bitterness love and forgiveness. Like she says “if i keep telling u these things then one day they will take root when u need them most”

“U taught us watch us soar not by throwing us off the cliff but by flying off it yourself and letting us watch u soar unafraid. unafraid. I will always be ur first lieutenant and commander of ur armies and you will always be my captain and my queen…love u to the moon and back mom.”

Meanwhile, Ajay Devgn also shared a picture of her mother-in-law on his Instagram story and wrote: “Happy Birthday.”

As per NDTV, Tanuja Samarth made her acting debut in 1950 as a child artist from the film Hamari Beti. In 1960, she appeared as a lead actress in the film Chhabilli.