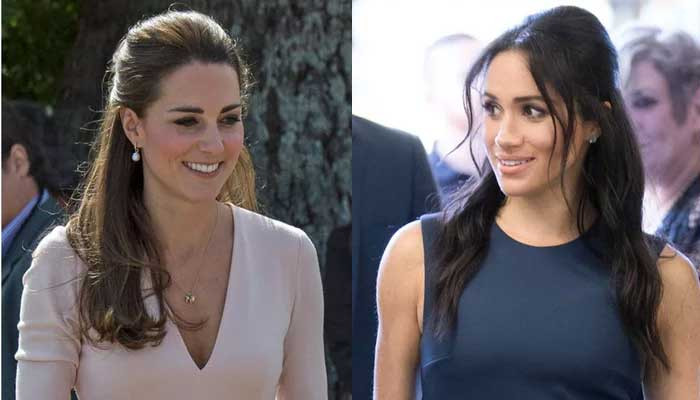 Kate Middleton has been accused by royal fans for attempting to “copy” Meghan Markle after the Duchess of Cambridge announced she’d be reading story on children TV.

Prince William’s wife recently revealed she would be the latest celebrity to make an appearance on CBeebies Bedtime Story.

Some fans have slammed Kate for allegedly “copying” Harry’s wife, with one user wrote: “Meghan reads to children, so copy Kate does the same. sigh, please can the palace take her to one side and stop poor Kate from embarrassing the royal family like this.”.

Another royal fan said that Kate had “taken advice from Meghan” who they claimed was “more successful on the PR front”.

Meghan Markle and Prince Harry have made numerous deals with global media companies, including Spotify and Netflix, since leaving royal working life.

Kate Middleton will reportedly be reading ‘The Owl Who Was Afraid of the Dark’, by Jill Tomlinson, one of her favourite children’s books.

The Duchess said she chose the book as it reflects this year’s Children’s Mental Health Week theme of Growing Together, which runs until Sunday (13 Feb).

The Duchess of Cambridge will be following a number of other high-profile celebrities who have appeared on the show, including Tom Hardy, Reese Witherspoon, Ed Sheeran, and even Dolly Parton.